To coincide with the United Nations Climate Change Conference in Paris currenlty ongoing from the 30th of November to the 11th December 2015, Climate, the 360° exhibition, takes a closer look at the issues raised by the increase in greenhouse gas emissions produced by human activity

The exhibition was hold in the French International School (FIS), both in Chai Wan and Jardine’s Lookout campus. The exhibition took part of the COP 21 Youth Conference co-organised by the FIS and the French consulate. These two full days around Climate Change have broaden understanding of climate change as an ecologic, economic and mindset change for the youngest generation. This education goal workshop has also allowed 360 students to take an active part in an historical process while learning practical low carbon sustainable practices. Please find out more information on this article 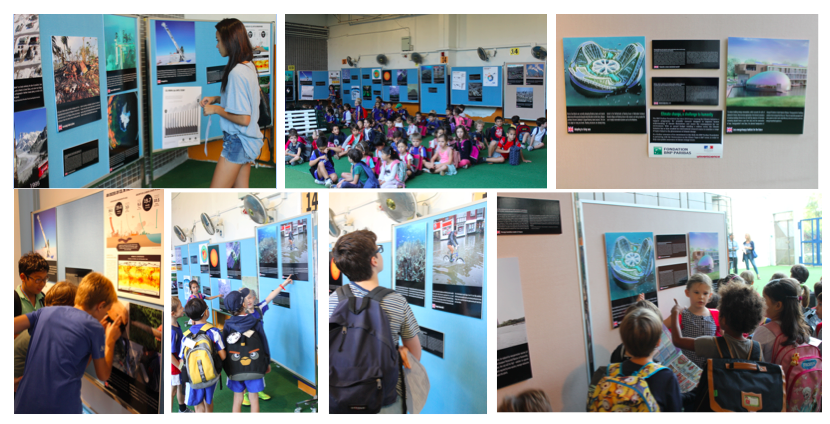 A part of the climate change exhibition was used to introduce the screening of the movie “Ice and the Sky” during the “French Film Festival : French Cinépanorama” organised by the Alliance Française in Hong Kong. Drilling down the Antarctic ice fields in the 1950s, French glaciologist Claude Lorius brought about a sweeping change in our vision of the world when he discovered the effects of climate change. Oscar-winning director Luc Jacquet’s new film about Lorius’ study of the glaciers, offers new, inspiring means for transforming man’s imprint on its environment. Find out more information about this documentary on the Ice & the Sky website. 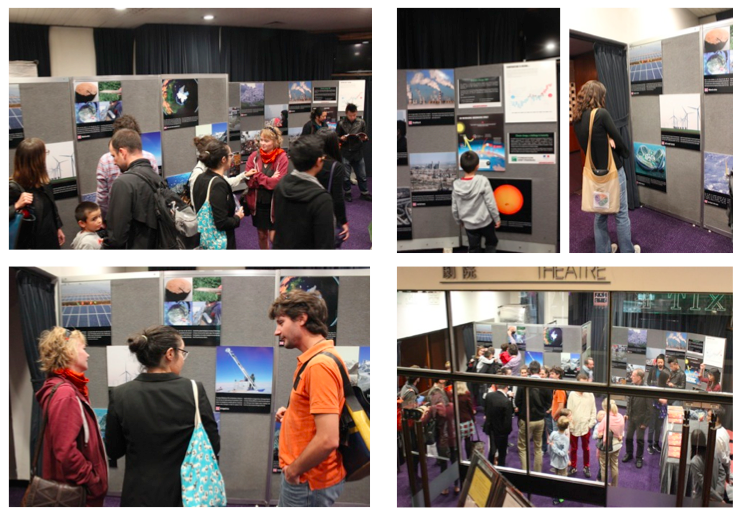 The University of Science and Technology of Hong Kong (HKUST) at Clear Water Bay, is hosting the 360°: Climate Change exhibition for one month. The implementation of this exhibition in HKUST was possible thanks to the support of the Engineering School. 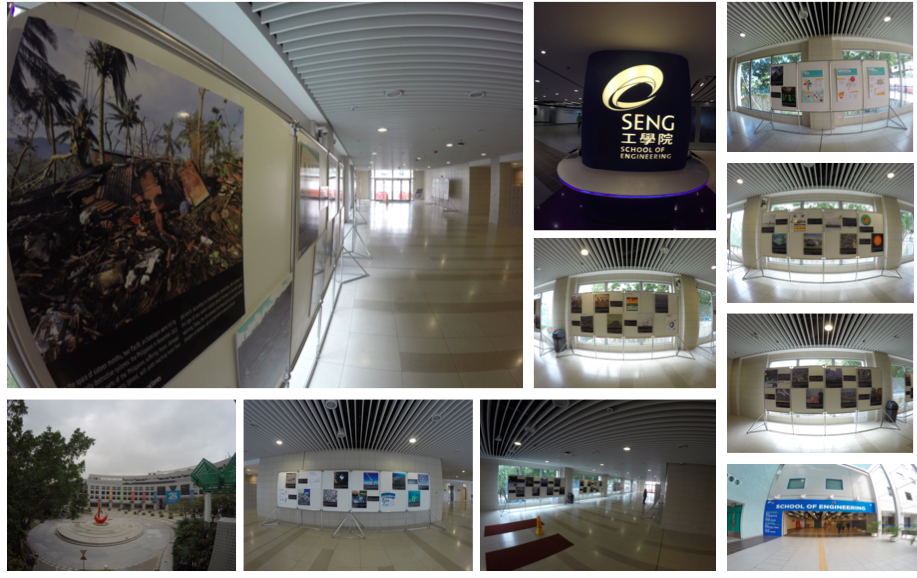 The Climate, the 360° exhibition on the HKUST’s campus.

Plenty of opportunities to present this exhibition will be add all along 2016.

Climate change, a challenge to humanity

The BNP Paribas Foundation has since 2010 been running the climate Initiative, a support programme for scientific research designed to improve human understanding of climate fluctuations and assess the consequences for our environment. With an annual budget totalling a million euros, the Climate Initiative has to date enabled ten international research teams to examine a range of topics linked to the phenomenon of climate change.

As a further extension of its commitment to this field, the BNP Paribas Foundation is partnering with the Cité des sciences et de l’industrie on the Climate, the 360° exhibition, in order to help raise public awareness of climate change issues. In Hong Kong, the BNP Paribas Foundation has funded the production of this exhibition, enabling us to propose it to the FIS and HKUST in 2015, and hopefully to other partners in 2016.

I – Results of climate observation

Weather stations, merchant ships, Argo floats, weather balloons and satellites used to monitor the climate are revealing how the Earth is warming – with visible consequences, such as the melting of Arctic sea ice. Is this the first time this has happened in the history of our planet? To answer this ques¬tion, climatologists use climate indicators to understand how the environment has changed over¬time, including ice cores, sediment cores, tree rings and pollen grains. These indicators show that the Earth’s temperature has risen in the past, but never over such a short period of time.

The planet is warming. That’s a fact. But why? Many things have an impact on the climate, including the angle of the sun’s rays, the position of the Earth relative to the Sun, volcanic activity, the wind, air-sea exchanges, etc. Only relatively recently, humanity’s activities (industry, transport, agriculture and deforestation, etc.), combined with a significant increase in population, have led to a rise in the level of greenhouse gases (gases that trap heat) in the atmosphere. After years of debate stoked by “cli¬mate change sceptics”, climate experts (IPCC) are almost entirely sure that mankind is responsible for the rapid warming of our planet, and that its impact on the climate is accelerating.

How will the climate change in the future? To forecast climate change, researchers have developed computer models to monitor various parameters in space and time (air or sea temperature, wind, rainfall, clouds, etc.). These models need further improvement, but they allow us to predict broad trends. They show that, if humans continue their activities at the present rate, the planet will warm four times more rapidly this century than last; the rise in ocean waters will proceed at a rate three to five times faster, leading to the possible disappearance of certain regions. And that’s without taking into consideration the destruction of sea and land ecosystems or the increasing incidence of extreme weather events.

What can we do to combat climate change, limit its impact or adapt ourselves to it? On a glo¬bal level, in Europe and in France, are we really allocating the resources necessary to reduce greenhouse gas emissions? What technological and industrial solutions should we put in place? What financial mechanisms, such as the hotly-debated “carbon tax”, can be implemented? Which are the best energy and agricultural transitions being considered worldwide? How do we avoid penalising developing countries of the Southern hemisphere? A long list of issues need to be addressed before we can achieve the goal set by the governments of countries involved in the UN’s climate negotiations of limiting global warming caused by humans to 2°C between now and 2100. To achieve this, they need to reach an agreement on reducing greenhouse gas emissions at the end of 2015 as a successor climate regime to the Kyoto Protocol (2005-2020).

Scientists and experts involved in Climate the 360° exhibition exhibition: