Renowned French author and journalist, Christophe Ono-dit-Biot, will be visiting Hong Kong on Wednesday 15th and Thursday 16th of July 2015. Guest of honor at the Hong Kong Book Fair as well as at the French Bookshop Parenthèses, the author will share his professional experience during public and signing sessions. 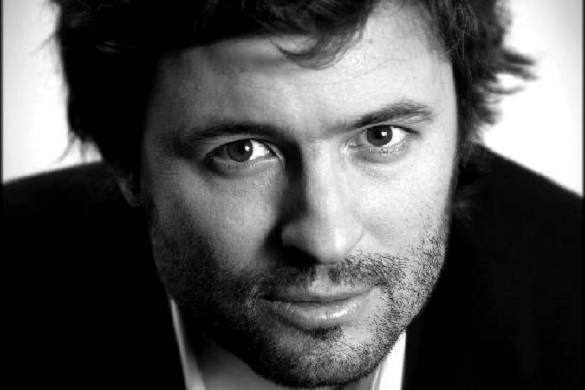 Christophe Ono-dit-Biot, born in Le Havre in 1975, is a prominent French writer and journalist. To this day, he has worked with some of the most prestigious media companies in France as well as the internationally recognized ELLE magazine. His career attests to his talent and brilliance as a writer and communicator. After attending the prestigious prep school, the Lycée Janson de Sailly to study literature, he obtained a masters in comparative literature, specializing in 19th century authors. Promising and ambitious college student, he was an Internet pioneer in France holding a personal blog “Le Journal de l’énervé”. He was amongst the first to create a virtual space to share his personal and political thoughts and cultural resources. His blog quickly received media attention from Canal + and Le Figaro, shadowing an extremely successful career. In 1996, he made his debut as a journalist. The magazine NRV published his article “Pour une fin de siècle plus énérvé”, which served as the matrix to his first novel, released in 2000. He published his second novel two years later, which explored the societal crisis in Western countries following 9/11. That same year, he began to work with The Point, for which he takes on major news reports. He published his fourth book in 2004, Génération spontanée, which was awarded the Prix de vocation. In 2005, he is hired at The Point as a Great Reporter to cover the presidential campaign of 2007. That same year, the novel Birmane is released. This award wining, heart-wrenching masterpiece is a tribute to Burma, which he describes as “stunning hell” – a forgotten world that does not cease to haunt him. His management and communication abilities give him the job as editor-in-chief of the cultural service of The Point, and allows him to participate to different television shows such as “En aparté” on Canal + and “Bateau Livre” on France 5. Since then, he has published another award winning novel, Plonger, and has continued to pursue a career in journalism. Notably, he is now deputy director of Canal+ and is known to have covered the Cannes Film Festival and to interview notorious personalities such as Laurent Fabius and Eminem. 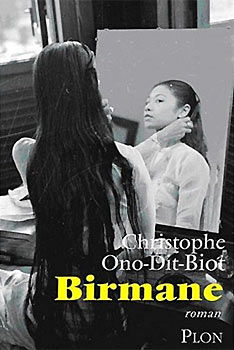 Written in 2008, this extraordinary novel depicts a different Asia from those traditionally portrayed in the media. “Birmane” is the epic story of a young man, Cesar, seeking radical change in his life. Driven by the wildest fantasies, he flies to Burma, hoping to interview the greatest opium dealer of all times. However, Cesar is an amateur and Burma is a dictatorship. On his path, he falls in love with an enigmatic young woman working as doctor for humanitarian aid purposes. Though determined and passionate, she is impossible to read. Sorrowful and troubled, she looses herself in her thoughts and words. However, she is key in helping him find his way in a country where guns, torture and exploitation now belong to social norms. “Birmane” is the story of a hero of our time, of a sheltered youth seeking adventure and absolute love in the most closed-up, sensual and dangerous country of Asia. Not only does this brilliant and original storyline showcase the author’s talent, it also paints a bitter picture of an authoritarian regime, which controls, subjugates, manipulates and kills its people. Cesar’s initiatory journey successfully plays with literary codes and norms to blur the lines between adventure and travel novels, and uses subtle lyricism to bring life to words. The author draws us into an extolled Burma, a living, and yet irresistible hell, which he uses as a platform to offer a crossed vision of Asia and the West and to voice socio-political messages. Indeed, if the book condemns authoritarianism, it also provides a sour critique of wealthy and inconsiderate western tourists who see in Asia only exoticism and luxury resorts. He writes, “You seek adventure because you are bored to death blinded by daily conformism”. “Birmane” is a revelation to all of its readers as its author reveals the contradictions of a country ravaged by corruption and violence and of a West in crisis, lost in its conformism and consumer values. 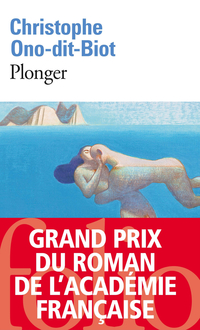 It is no coincidence that “Plonger” was awarded the « Grand Prix du Roman de l’Académie française » in 2013, the most prestigious literature award in France. It can only be described as one of the most beautiful love stories of contemporary French literature. Cesar has not seen his ex-girlfriend Paz in weeks when it is announced that she has been found dead, drowned and naked on the side of the beach. Her death is incomprehensible – too brutal and Cesar takes it upon himself to unravel the secrets behind it in order to present the truth to their mutual son, Hector. The story thus covers the tumultuous love affair between the two characters. Whereas Cesar was a journalist, Paz was an introverted, lost yet incredibly talented, artist. Violent fights continuously interrupted their torrential relationship, as she longed to escape Europe where she felt choked. After exhibiting her work at the Louvre, the peak of her artistic career, she decided to abandon him and her son. It was irrefutable that they had fallen violently in love, but it was the kind of fiery passion that could only shadow death. As Cesar unravels the secrets behind her murder, it is an allegory of our modernity that is depicted where everything appears so fast, but nothing lasts. Between fiction and autobiography, “Plonger” blurs the lines of traditional literary codes. Christophe Ono-dit-Biot’s story resurrects life in a lost, yet adored woman through words – recalling the myths of Orpheus and Euridice. And yet, the book is haunted by the author’s personal memories of the 2004 tsunami in the Indian Ocean and his brutal arrest in Beirut. These two autobiographical accounts reveal the existence of an absurdly cruel world, and are testaments of Christophe Ono-dit-Biot’s abilities as a contemporary, thought-provoking revolutionary poet.