Paris-based Thymos Quartet from the Paris Orchestra will have their debut tour in Asia in May 2017. On 4 May 2017, they will perform at Hong Kong City Hall, together with guest pianist Cindy Ho and saxophonist Hanchao Jiang. 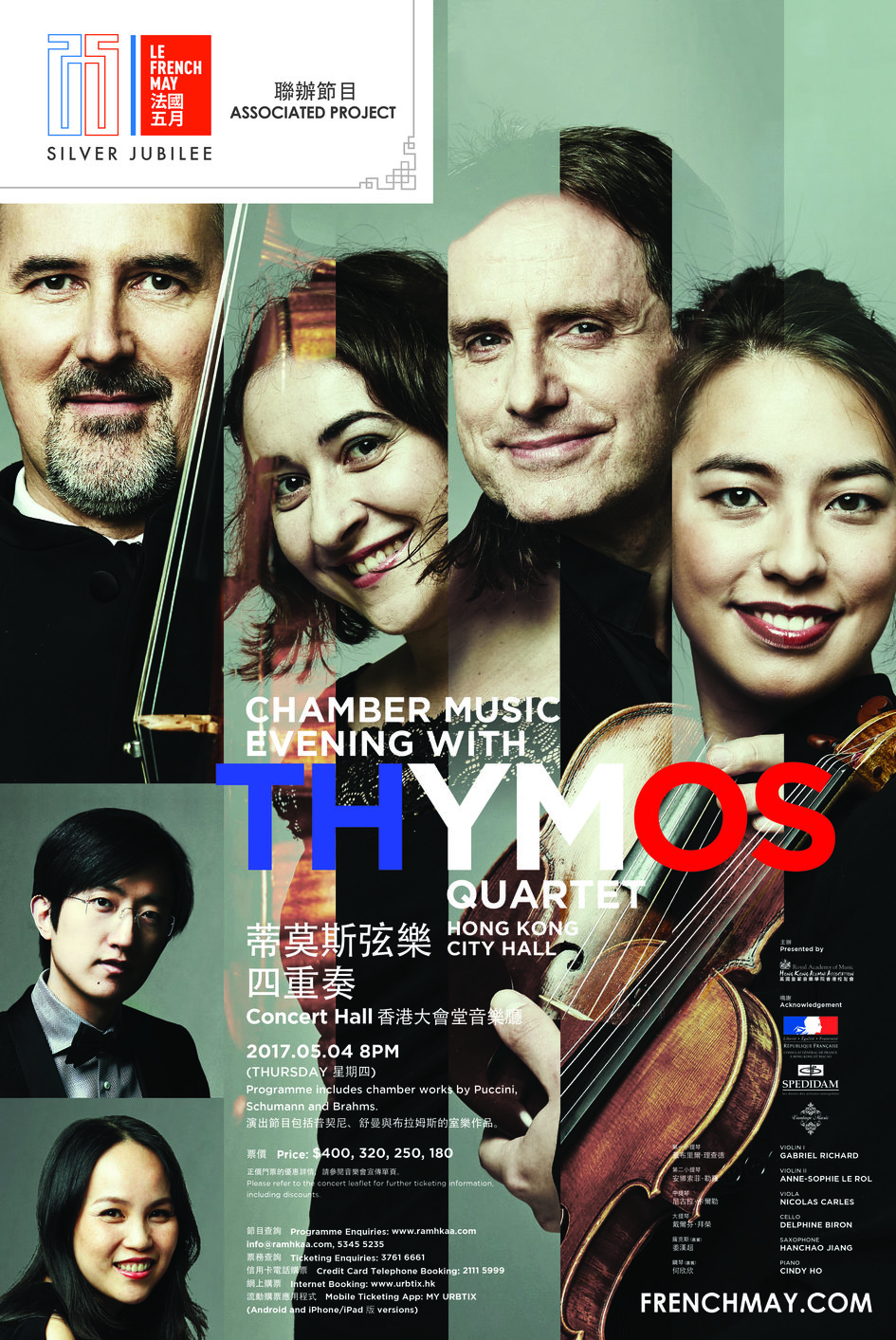 According to the philosophers of the Ancient Greece, « thymos » means the breathing of the soul, the alliance between body and mind. Inspired by this concept, the musicians of the Thymos Quartet created this ensemble in 2001 to share intense moments of music with wide audiences. The Quartet was founded by four musicians who won Distinction Prizes at both the Paris and Lyon music conservatories and it aspired to have a large repertoire spanning from baroque to contemporary. The Quartet has been invited to perform in renowned festivals, such as Amboise, Prades, Montpellier and at varied concert halls include those of the Orsay Museum, the Sorbonne, the Mogador Theater, Favart and Pleyel.

Due to health reasons, the cellist Delphine Biron will not be able to participate in this music performance. Instead, Florian Miller, a professional cellist with the Orchestre de Paris will be the cellist for this concert.