Café scientifique : The Plague: Past, Present and Future

Café scientifique : The Plague: Past, Present and Future

This Café is presented in partnership with the Consulate General of France in Hong Kong and Macau as part of Le French May, the annual French culture festival, and with the support of HKU-Pasteur Research Pole. 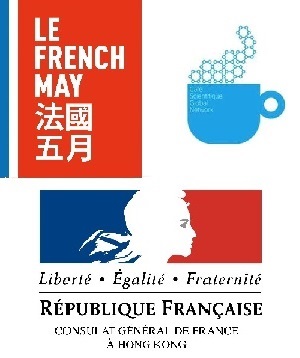 Alongside our Café there’s a fantastic exhibition being held from 8th May-27th June at the Medical Science Museum called “Plagues: from the plague to new emerging infectious diseases: a tribute to Alexandre Yersin and other lifesaving science heroes”.

The exhibition and our Café celebrate the 120th anniversary of Yersin’s discovery of the plague bacillus, which took place in Hong Kong.

The Plague: Past, Present and Future

Plague: the very word strikes fear into the hearts of most people, and with good reason. The plague bacillus, Yersinia pestis, causes swift and serious illness. In its bubonic form it is often fatal and in its pneumonic form it kills every victim.

History books describe in gruesome detail how the Black Death decimated Europe in medieval times. Less well-known is that there are still several thousand human cases of the plague every year. After lying low for decades, plague is now on the increase in many countries.

Despite its notoriety, very little is actually known about Yersinia pestis and the level of risk it poses. Global warming might extend its reach and there are signs that it could evolve resistance to antibiotics. And if that’s not scary enough, there’s the ever-present risk of the plague bacillus being weaponised and used by terrorists.

Dr Elisabeth Carniel is head of the Yersinia Research Unit at the Institut Pasteur, and Director of the World Health Organisation’s Collaborating Centre of Reference and Research on Yersinia. She was awarded the Medal of the National Order of Merit in 2008 and the Chevalier of the Legion of Honour in 2013.

About the Institut Pasteur

The Institut Pasteur was founded in 1887 by Louis Pasteur, the famous French chemist and microbiologist. The Institut is at the forefront of the battle against infectious diseases and has been responsible for breakthrough discoveries in research into diphtheria, tetanus, tuberculosis, poliomyelitis, influenza, yellow fever and plague. Since 1908, ten scientists from the Institut Pasteur have been awarded the Nobel Prize. For the last 15 years, the HKU-Pasteur Research Pole has supported outstanding young scientists to undertake interdisciplinary research by harnessing the resources of the local and international environments in HKU and Institut Pasteur.

About Le French May

Created in 1993, Le French May is one of the largest cultural events in Asia. Dedicated to the cultural exchanges between Hong Kong and France, the festival has attracted over 5 million participants since its inception.

With more than 120 events in two months encompassing exhibitions, performances, cinema and gastronomy, Le French May is a platform to discover the finest of French culture from the purest classical to the latest contemporary creations.

To order a ticketclick here.

Café Scientifique is a place where, for the price of a cup of coffee or a glass of wine, anyone can come to explore the latest ideas in science and technology. They are run in over 30 countries around the world.

Cafés start with a short talk (usually 20 minutes) by the speaker, to introduce the topic. After that there is a short break, to allow glasses to be refilled, followed by an hour or so of questions and answers and general discussion. The talks cover a wide range of topics relating to science - everything from Astronomy to Zoology. They are jargon-free, accessible to all, and extremely interesting!

Café Scientifique is a not-for-profit organisation and the talks are free of charge. Speakers are not paid fees but a hat will be passed around on the night for voluntary contributions towards their travel expenses and a well-earned drink.

For news of future Cafés, please email at cafesci.hk@gmail.com with ’subscribe’ in the subject line.