Organizer: French Centre for Research on Contemporary China (CEFC). The Department of Comparative Literature, The University of Hong Kong and Center for the Study of Globalization and Cultures

May 2016 marks the 50th anniversary of the launching of China’s “Great Proletarian Cultural Revolution.” Historiography continues to debate the periodization of the Cultural Revolution, its impact among the urban elite, the political incentives of the Red Guard movement, the long-term influence of the rustication movement, and the mass violence that took place in the countryside.

This conference reconsiders the Cultural Revolution’s enduring impact in China and beyond, looking at literary, cinematographic, visual and intellectual productions by attempting to understand their relevance to contemporary China in a global context. The conference will consist of presentations of fifteen-twenty minutes in length, and English will be the language used for the event. 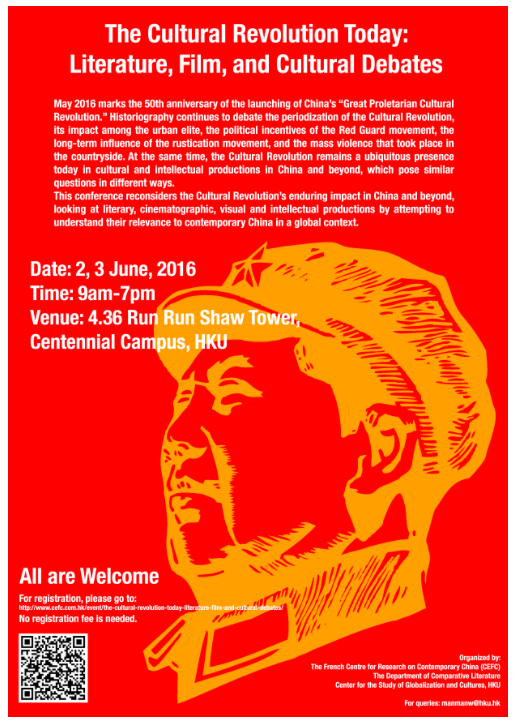