Building on the success last year, a French delegation of retail solution providers will showcase their expertise at the French Pavilion (Booth No: E24-29) at the 8th Retail Asia Expo at Hong Kong Convention & Exhibition Centre from 14 to 16 June, 2016. 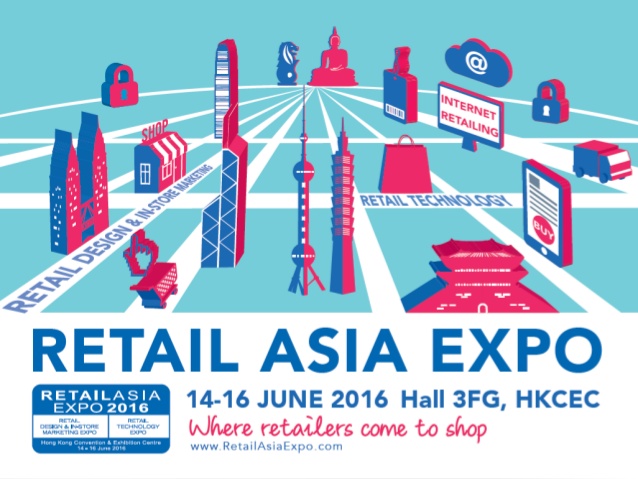 Organized by the French Trade Commission – Business France, six French companies will bring their retail technology to Retail Asia Expo, an annual trade show and conference that caters to retailers in Asia Pacific, including ECRITEL, EVOLUTIVE, GENERIX GROUP, GEOCONCEPT, STOREEVER and VISEO. Afterwards three exhibitors (ECRITEL, GENERIX GROUP and GEOCONCEPT) and another French company (DSIA) will travel to Shanghai to meet with local professionals from 16 – 17 June, expecting to develop their business network and to seek potential partnership in mainland. Their tour to China not only embodies French accomplishments in retail industry, but also composes the French national campaign of「Créative France」which assembles and spotlights French initiatives and savoir-faire in technology, retailing and e-commerce.

In mainland China and Hong Kong, more than 50 promotions will be rolled out under the campaign of「Créative France」to highlight French creativity and innovation that spans all industries, such as technology, industry, fashion, gastronomy, science and the arts.

About Business France Business France (www.businessfrance.fr) is the national agency supporting the international development of the French economy, responsible for fostering export growth by French businesses, as well as promoting and facilitating international investment in France. It promotes France’s companies, business image and nationwide attractiveness as an investment location, and also runs the V.I.E international internship program. Founded on January 1, 2015 through a merger between Ubifrance and the Invest in France Agency, Business France has 1,500 personnel, both in France and in 70 countries throughout the world, who work with a network of public- and private-sector partners.