From 16 November to 18 December 2015, Business France, the national agency for the internalization of the French economy, and Bpifrance, the French public investment bank, have launched “Acceleratech China”, a 10-day immersion and 1-month acceleration program, for 12 French Tech Startups and SMEs at various Chinese tech centers based in Beijing, Shanghai and Shenzhen, linked with Hong Kong’s hub.

On 23 November 2015, 12 French entrepreneurs arrived at Hong Kong under the program “Acceleratech China”. It was the last destination of their immersion in China to discover the Chinese tech ecosystem through B2B meetings with major actors of the Chinese tech hubs. Being a competition as well, 3 laureates of “Acceleratech China” obtained a dedicated support throughout a week of acceleration in Hong Kong with our partner incubator Cyberport. They took part in a mentor session with local experts and a discussion forum with the French Tech community in Hong Kong, before proceeding to the acceleration phase in Shenzhen, Shanghai and Beijing. 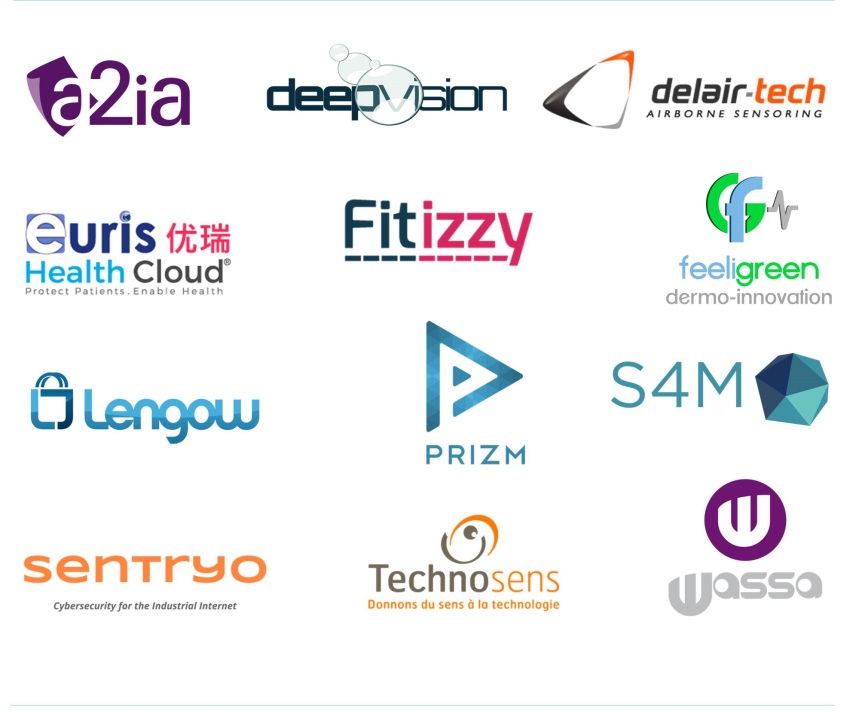 12 French Tech companies (A2IA, DeepVision, Delair-Tech, Euris Health Cloud, Feeligreen, Fitizzy, Lengow, Prizm, S4M, Sentryo, Technosens, and Wassa) had been selected, through a selection process led by a jury composed of 16 personalities from the French-Chinese tech scene, to participate in the Phase I – Immersion, to discover the Chinese market during 10 days from 16 to 24 November, including 4 days in Hong Kong.

During two days in Hong Kong on 23-24 November, a presentation of the economic and legal context, followed by an introduction to the tech & startup scene, was organized to let the participants understand Hong Kong - a financial, logistics and digital hub - as a gateway to enter the Chinese and Asian market. Afterwards, the companies had the opportunity to pitch their development project during La French Tech networking cocktail with the participation of the Consulate General of France in Hong Kong and Macau. They also met with 10 prominent companies in Hong Kong, as well as institutional organizations such as InvestHK and the Hong Kong Government which foster the local entrepreneurial and technological ecosystem. Business meetings were later on organized with digital, e-commerce, IT and marketing directors from significant Hong Kong companies as well as potential distributors or technological partners.

5 laureates were hand-picked by the jury to benefit from the acceleration phase. Sponsored by BPI France, 3 laureates (Delair-Tech, S4M and Wassa) received a dedicated support to incubate from 25 November to 18 December in Chinese tech cities. BPI France is also sponsoring another mission for the lauréates Lengow and Stereolabs scheduled at the beginning of 2016.

The first week of incubation (25-30 November) took place in Cyberport, our partner in Hong Kong, which is a digital cluster with a community gathering more than 600 members. The 3 winning entrepreneurs participated in a mentoring session with experts from accelerators such as Nest VC, or French enterprises such as Fifty Five, which are also partners of the Acceleratech China program. Besides, the laureates had the opportunities to meet with French Tech entrepreneurs based in Hong Kong during a forum organized with Cyberport, incubating more than 50 French companies. This “French Tech Forum Hong Kong” had highlighted the laureates during a pitch session and foreshadowed the launch of the “French Tech Hub”, an official label which acknowledges the vibrant tech and startup ecosystem in Hong Kong and its joint development with the French tech scene.

The Pitch of French participants :