A recent report published by Frost & Sullivan reveals that cybersecurity threats could cost Hong Kong as much as 32 billion USD in economic losses, which would account for 10% of the city’s total GDP. As one of the key players in the cybersecurity technology industry in Europe and the globe, France has been actively participating and offering concrete solutions to tackle the globally-aware crisis. On the occasion of the Cloud Expo Asia (www.cloudexpoasiahk.com), a French cybersecurity tech delegation comprised of tech experts and industry entrepreneurs visited Hong Kong on the week of 13 May.

The seminar was opened by the welcoming remarks and keynote speech by Mr Eric Berti, Consul General of France; Mr Victor Lam, Deputy Government Chief Information Officer, Office of the Government Chief Information Officer (OGCIO) and Ms Mélanie GAUDIN, Trade Commissioner, Business France. It was followed by Mr. François Beauvois, the head of Cyber Intelligence of the French Police Force, who talked about the cybercrimes and scams in France, including the successes and difficulties to seize cybercriminals. 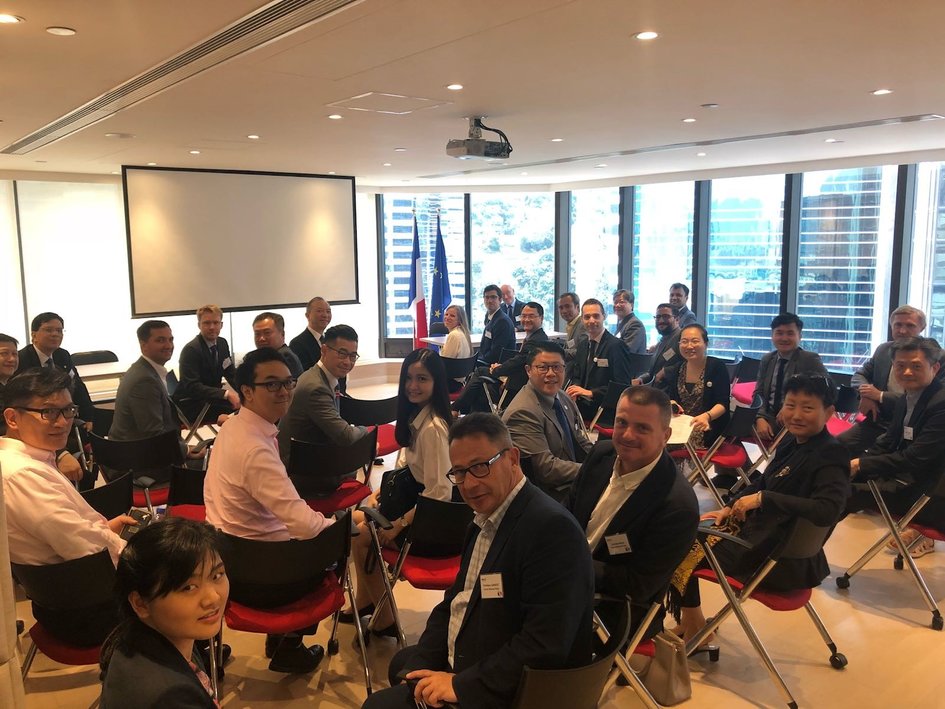 Mr. Dicky Wong, Detective Senior Inspector of the Cyber Security Division, Cyber Security and Technology Crime Bureau also shared the experience of the Hong Kong government tackling cybercrimes. This was followed by an open panel discussion among the specialists and government experts.

French Tech Presence at Cloud Expo Asia 2018 In cooperation with Closer Still Media, the event organizer of the Cloud Expo Asia, a Panel Discussion was successfully held on the afternoon of May 17th. Three panelists including Mr. Emmanuel Gras, Mr. Wahdi Arfaoui and Mr. François Beauvois, responded to various common concerns of the industry. 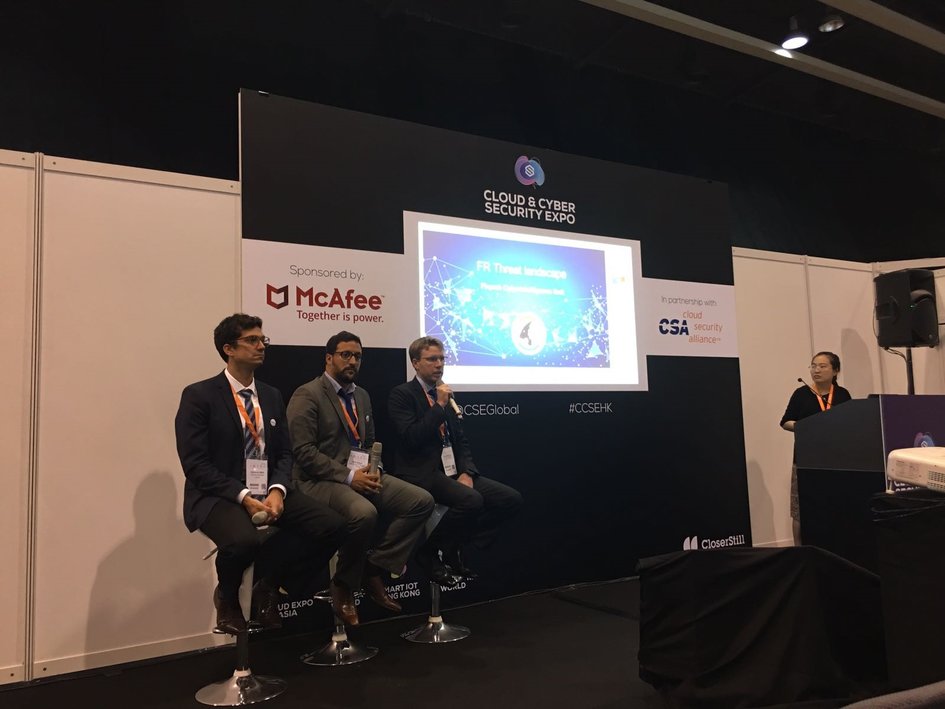 The speakers introduced on the roles of private and public sectors in tackling cybersecurity threats in France, challenges and threats faced by the French companies, and the importance of private-public collaboration in the setback of cybercrimes. A Q&A section followed. Experts in the industry from different countries, including exhibitors and visitors of the Cloud Expo Asia, had fervently shared their experiences and visions of tackling cybersecurity crimes, scams, and privacy leaks from different perspectives.

The two events aimed at raising awareness and input from enterprises in cybersecurity and privacy risks, as well as promoting bilateral cooperation and collaboration.

For updates of French tech events organized by Business France in Hong Kong, please feel free to leave your contacts at : hongkong@businessfrance.fr