Paris, June 4, 2019 – The “France Attractiveness Survey” published by EY today records the international investments made in Europe each year and analyzes the perception that foreign economic decision-makers have of our country; as such, it measures real and perceived attractiveness compared with France’s leading competitors.

Against a backdrop of falling investment decisions in Europe (-4% of projects recorded between 2017 and 2018) France confirmed its attractiveness, coming in second place of host countries in Europe, and recapturing the rank it had previously lost in 2010. With growth in projects of 1%, compared with a decrease of 13% in the United Kingdom and Germany, France posted 1,027 recorded projects and continues to build its image with economic decision-makers. 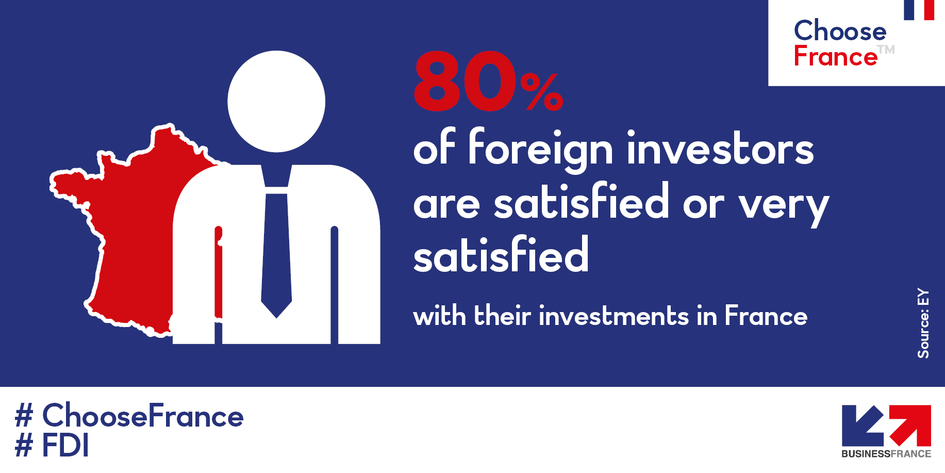 The image of an industrial and innovative France emerges in this barometer, with a strong dynamic of R&D investments and the maintenance of France’s industrial leadership of Europe. For the first time, France is ranked first among European countries as a destination for innovative investments (with 144 projects), bringing together more innovative projects than Germany and the United Kingdom combined. 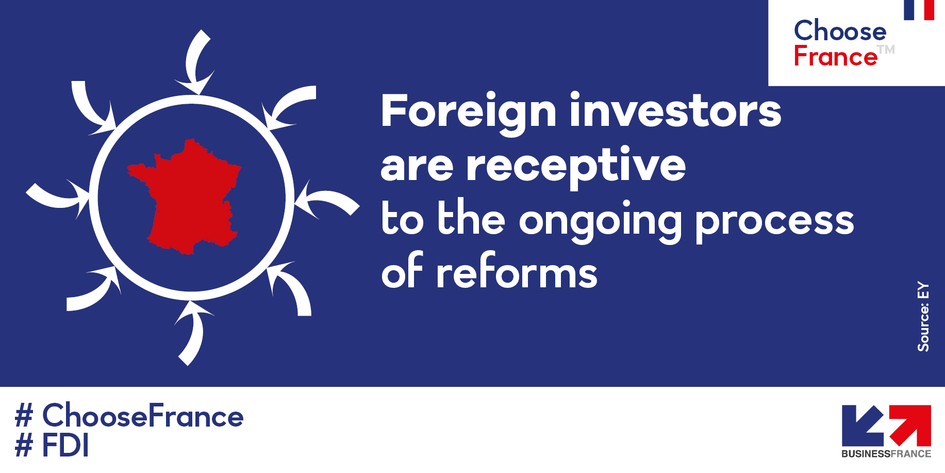 France also confirmed its leadership as a host country for industrial investments in Europe, with 339 recorded projects, or 5% more than in 2017, as it continued to hold top spot for more than 15 years.

The perception survey that completes the report shows that since the start of 2019, France’s image has remained positive, despite a difficult social climate; 80% of investors set up in France declare themselves to be satisfied or very satisfied with their investments in France, while also highlighting that France must pursue its efforts to increase its attractiveness in fields as varied as education and training; reducing labor costs; reducing taxation; and supporting SMEs and mid-size companies. 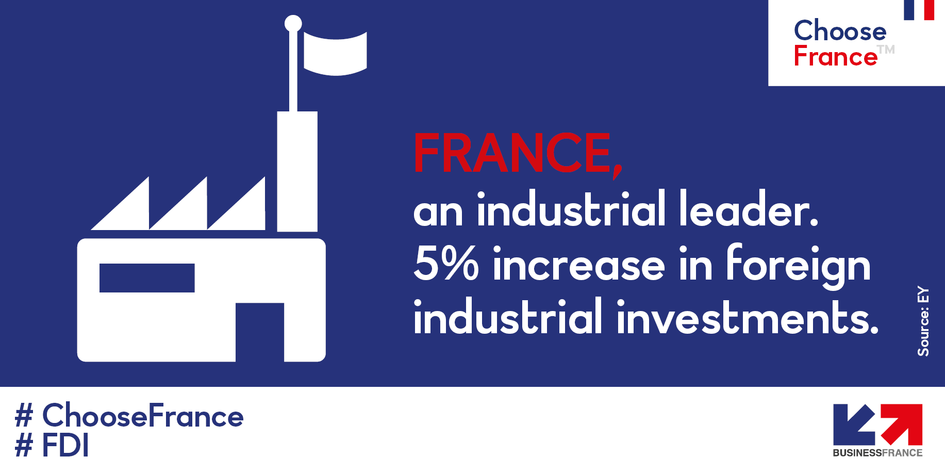 “France is modernizing its economy and investors are sensing this strongly as they make long-lasting investments in our country. These results can be read coherently with the record year for foreign investment recorded by Business France. The support provided by the government to high-tech industries and innovative projects, even though it must always be constantly supported, is helping our teams at Business France to convince people, and is helping investors to choose France as a destination for their European operations,” said Christophe Lecourtier, CEO of Business France.

“France is convincing more and more decision-makers. The reforms being led and confirmed by the French government show the collective will that exists to make our country more competitive and attractive. The successes of VivaTech and Tech For Good, as well as the emergence of future unicorns, clearly positions France as a European leader in innovation, as shown by the 144 R&D investment projects recorded by this report. From my recent meetings with investors in Hong Kong, Singapore, Berlin and New York, I know that this strong message about a France on the move is being heard. We remain strongly committed to make the potential of France better known, which is particularly necessary work with our non-European partners. We have to capitalize on this!” said Pascal Cagni, Chairman of the Board of Business France.