La French Tech Hong Kong co-organised successfully a panel discussion at Apple Store IFC Mall, with the support of Business France, during the RISE Conf week dedicated to the startups. The event had drawn over 120 participants of local startups, investors and other stakeholders active in the industry. Three French entrepreneurs (CEOs of Native Union, Kello and Parrot) have shared their unique experience in product design and innovation. The captioned event was moderated by Benjamin Joffe (General Partner at HAX hardware accelerator).

Co-hosted between Apple Store and French Tech Hong Kong during the RISE Conference week, the event “Product Design and Innovation by La French Tech” was crowned with success on the evening of 2nd June at the flagship store of Apple in IFC Mall. The captioned event, brought together roughly over 120 professionals that are involved in the tech industry including tech entrepreneurs, investors, acceleration program operators and start-ups…etc. Moderated by Benjamin Joffe, General Partner of Hax Hardware Accelerator, the panel was comprised of seasoned French entrepreneurs: Ms Alice Tchen, CEO Asia-Pacific of Parrot, Mr Igor Duc, CEO of Native Union and Mr Antoine Markarian, CEO of Kello. 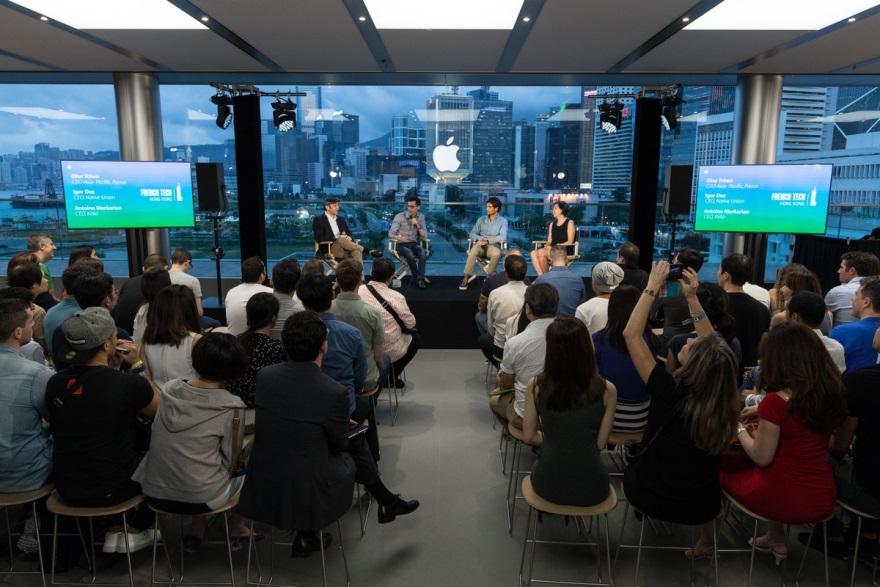 This was followed after by the panel discussion with the panelists who had shared their unique hands on experiences in creating businesses in Hong Kong, particularly, the lessons learned, challenges encountered and their collaboration experience with the Apple Store. The panel discussion became the major hit of the event as it was highlighted by a mix of experience and expertise from different perspectives within the industry, which had allowed for interesting and informative discussion between the panelists and audience.