A book of condolences for Lieutenant-Colonel Arnaud Beltrame, who was killed after voluntarily taking the place of a hostage during a terrorist attack at a supermarket in Trèbes, Southwestern France, will be open on 28 & 29 March 2018 from 9am to 5pm at the Consulate general (26/F, Tower 2, Admiralty Centre, 18 Harcourt Road, Hong Kong). 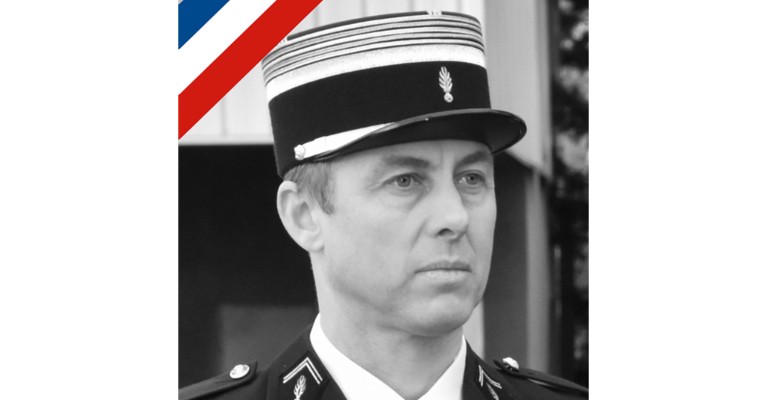 The French President was deeply shocked to hear of the death of Lieutenant-Colonel Arnaud Beltrame last night as a result of the wounds received in carrying out his duty.

By offering himself as a hostage to the terrorist who took refuge in the supermarket in Trèbes, Lieutenant-Colonel Beltrame saved the life of a civilian hostage, showing exceptional courage and self-sacrifice.

In the midst of action, Lieutenant-Colonel Beltrame showed exceptional self-control and exemplified the military virtues in an outstanding way that deserves the entire nation’s respect and admiration.

Lieutenant-Colonel Beltrame demonstrated these virtues during his military training. Emerging as a command sergeant major from the “campagne d’Italie” year at the Saint-Cyr Coëtquidan joint military school (1999), Arnaud Beltrame was commended for his “resolutely offensive spirit in the face of adversity” by his superiors, who saw him as a soldier who “fights to the end and never gives up”. He then joined the National Gendarmerie Officers’ School, emerging from it in 2001 as a command sergeant major in the “Capitaine Gauvenet” year.

In 2003, he was one of seven candidates chosen out of 80 to join the GSIGN (currently the GIGN [Groupe d’Intervention de la Gendarmerie Nationale, elite gendarmerie unit]).

A high-altitude military parachutist, he was deployed in Iraq in 2005, where he was awarded the Croix de la Valeur Militaire [Cross of Military Valour] with a mention in dispatches.

As a company commander in the Republican Guard, he very stringently oversaw security at the Elysée Palace for four years, before taking command of Avranches company from 2010 to 2014. After spending a period as economic intelligence adviser to the Secretary-General of the Ministry of Ecology and Sustainable Development, where he demonstrated his intellectual and interpersonal qualities, Arnaud Beltrame returned to the field in August 2017 as deputy to the commander of the Aude department’s gendarmerie group. His command skills, open-mindedness and unfailing commitment were appreciated by everyone, particularly when it came to developing the Aude gendarmerie units’ antiterrorist capability.

Lieutenant-Colonel Arnaud Beltrame died serving the nation, to which he had already contributed so much. In giving his life to end a jihadist terrorist’s deadly escapade, he died a hero.

The President offers his widow, his family, his loved ones, his friends and his brothers-in-arms his sincerest condolences. He calls on every French person to honour his memory./.