Bestowal of Paul Kan as Knight of la Legion d’Honneur

Mr Paul KAN Man Lok is a leading figure in Hong Kong. Inventor in 1987 of the first system in the world of coding Chinese, allowing remote the transmission of this language, Paul Kan is the president (and shareholder) of three successful companies listed on the stock exchange of Hong Kong, present in nearly 50 countries . Personality in the world of telecommunications, he has invested in several European countries and several times in France.

In parallel of his industrial activities, Paul Kan is also a major patron of the arts, through its foundation, created in 1990 "A Better Tomorrow". He is devoted also, and most importantly, to the development of links and exchanges between Chinese and European cultures, through the "Chinese World Cultural Heritage Foundation" which he created in 2005.

Fascinated by French culture, Paul Kan is not only a generous patron of the arts, but also a privileged contact person for dissemination in all over China, through information technology, of the reputation and artistic projects in France as it was the case in 2007 with an exhibition at the Louvre and in 2008 where he was the privileged support of the exhibition of the Guimet Museum "Paris 1730-1930: A Taste for China", as part of the French May, but also as a flagship event of the French Presidency of the European Union.

During this ceremony, Anne-Marie Idrac paid tribute to the path of the industrial visionary Paul Kan and asked him to continue to be a driving force of technology and industrial exchanges between France and Hong Kong. 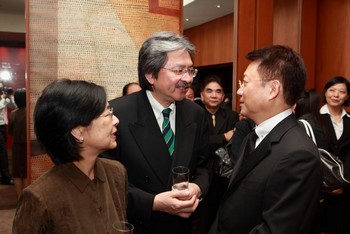 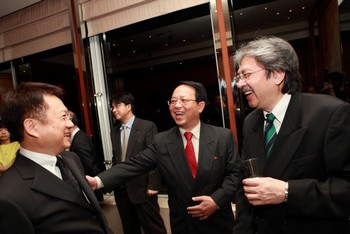 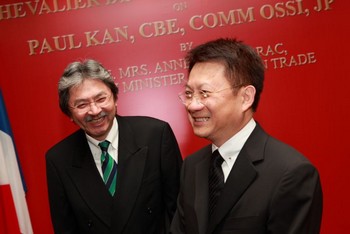 Jean-Pierre Thébault, Consul General of France in Hong Kong and Macau, Paul Kan and John Tsang with their wives 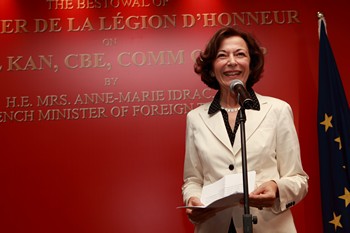 Speech of Anne-Marie Idrac, Minister of State for Foreign Trade 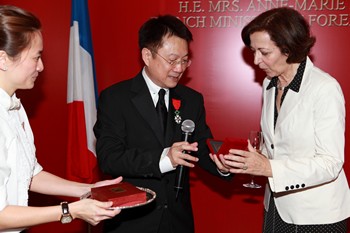 Paul Kan and his daughter Katie with Anne-Marie Idrac 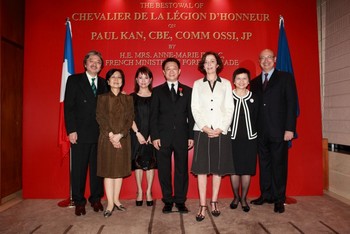 From left to right: John Tsang and his wife, Paul Kan and his wife, Anne-Marie Idrac, Rita Lau, Minister of State for Foreign Trade and Jean-Pierre Thébault 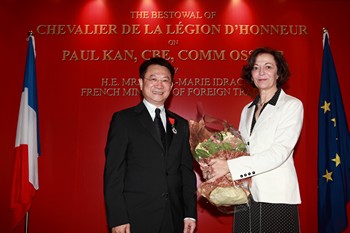 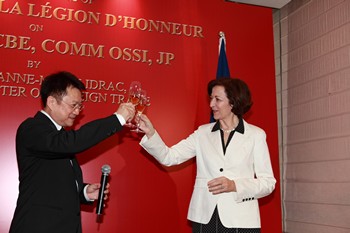