Home > The Consulate General > News > Honorary distinction > Bestowal of Nicole Sicard as Knight of the “Légion d’Honneur” by the (...)

On 22 August 2018, Mrs. Nicole Sicard has been bestowed upon Knight of the “Légion d’Honneur” by Mr. Eric Berti, Consul general of France in Hong Kong and Macau, at the French residence. 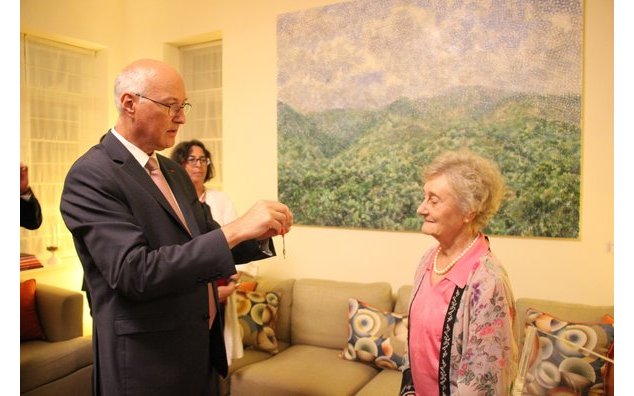 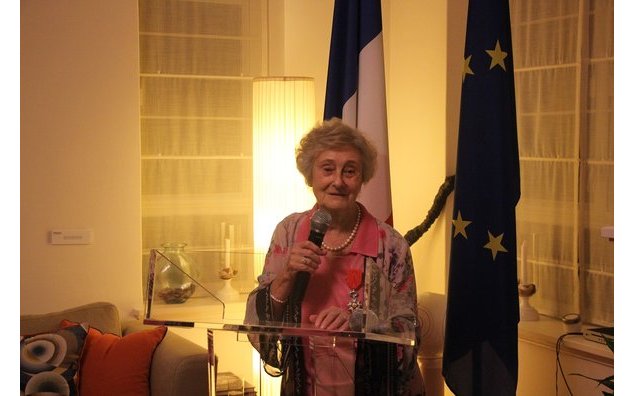 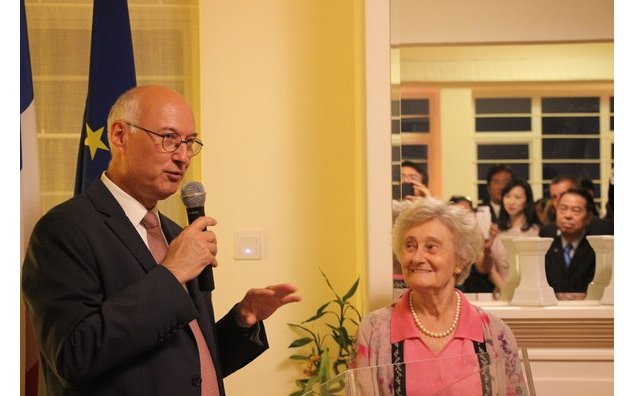 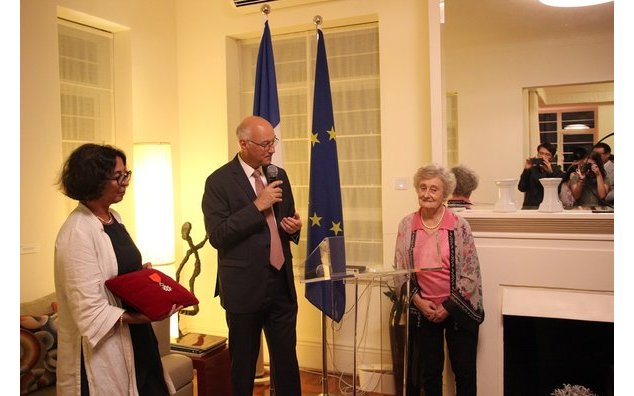 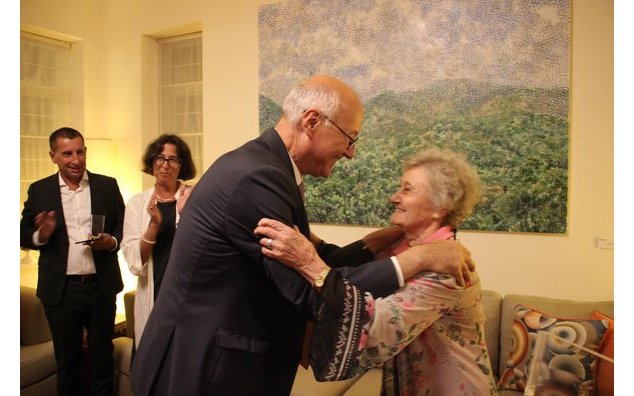 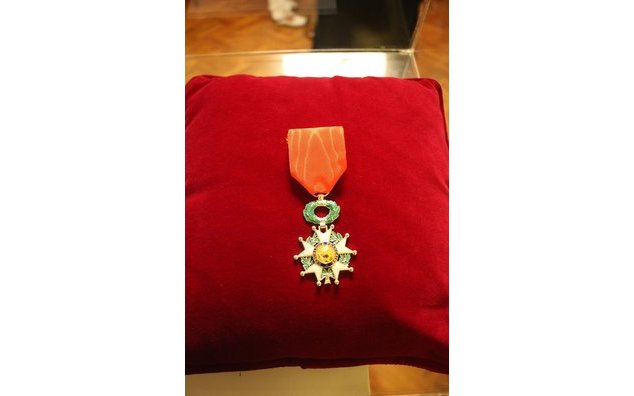 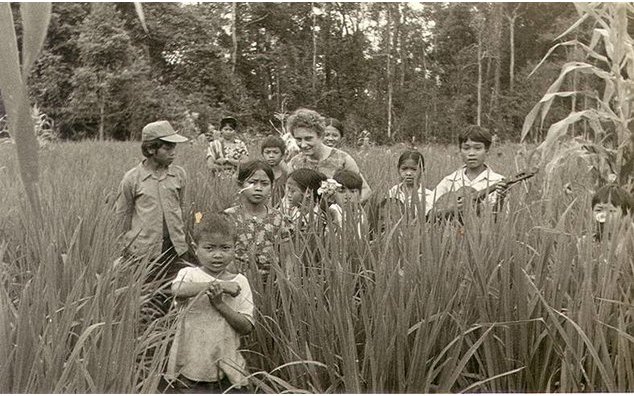 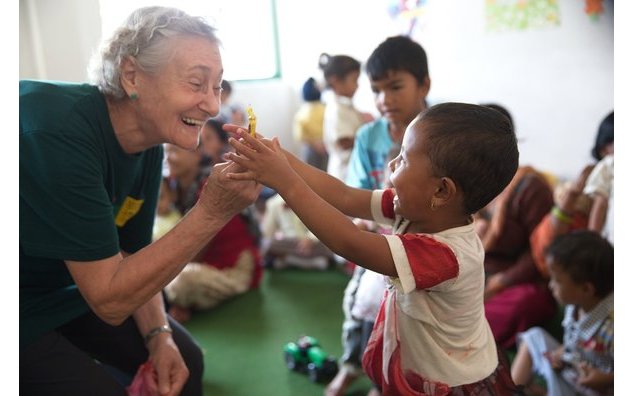 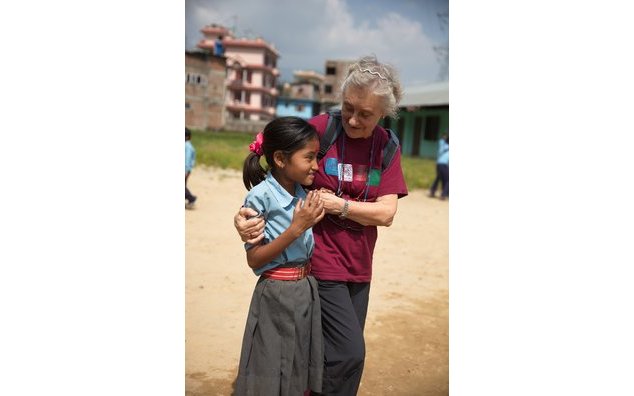 “Nicole Sicard is a leading figure of the French community of Hong Kong, known for her generosity, her commitment and the assistance she provides to the underprivileged”, said the Consul general, Mr. Eric Berti.

During her speech, Mrs. Sicard thanked the various people she met during her humanitarian commitments. “This award is above all due to my past students but also to all the underprivileged children from Hong Kong and Kathmandu that I hold dear in my heart.”

A native of Nantes, Nicole Sicard arrived in Hong Kong in 1964, at age 29. She taught biology in various schools in Hong Kong until her retirement in 1998. During her years of teaching, she created "free evening classes to provide education to migrant workers with the help of some of her students. She also set up some community projects to help children with disabilities, especially the visually impaired. In 1996, Nicole Sicard received the "Best Teacher of the Year" award. To this day, she remains the only non-Chinese teacher to have received this award in Hong Kong.

In addition to teaching, she has traveled a lot throughout Asia. She went to Laos, for example, to help refugees fleeing the bombing campaign during the Vietnam War. She also tutored children from the Tibetan Children’s Villages in Dharamsala, India. She also traveled to the Philippines (Palawan 1978-1984) and Mongolia (2001 to 2010) where she got involved in charity work.

Since her retirement in 1998, she also got involved with the Nepalese association Concern, which aims to provide education to street children. In 2011, she created Mayaa Nepal, which took over the activities of Concern. In 2016, she founded Mayaa Hong Kong, not only to raise funds for Mayaa Nepal, but also to help the underprivileged children of Hong Kong.