On May 10th, in the name of the French Minister for Culture, the Consul general of France, Mr Jean-Pierre Thébault, bestowed upon Mr Warren MOK, the internationally acclaimed Hong Kong tenor, as « Chevalier des Arts et des Lettres » at Hong Kong Cultural Centre, at the occasion of his wonderful performance in Opera "Werther", one the highlight of le French May 2008.

This decoration aims at recognizing Mr Warren Mok major role in the promotion of the cultural bilateral relations between France and Hong Kong, and the role of Opera Hong Kong as well, which is a non-profit-making charitable organisation and the first opera company to have been established in Hong Kong. Since its inception, the company founded by M. Warren Mok has become a firmly established part of Hong Kong’s cultural scene and has contributed to the emergence of local talents.

The award “Chevalier des Arts et des Lettres” has been created in 1958 by the former French President General de Gaulle and his Minister for culture, André Malraux, wellknown for his love of China and his commitment in the development of arts and culture worlwide. 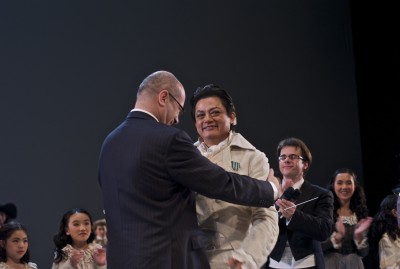 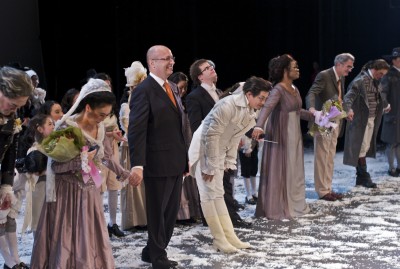