On May 18th, Mrs Christine Albanel, the French Minister for Culture and Communication, bestowed upon Mr Johnnie To, the internationally acclaimed Hong Kong film director and producer at Cannes.

With a long career of over 25 years, Johnnie To is one of the most important filmmakers in Hong Kong. Winning public support with huge commercial success in the 80s like "All About Ah Long" and "Justice, My Foot", Mr. To was then devoted to more personal works in the mid-90, creating the movie production company Milkyway Image Independent Ltd (HK).

This last decade, film director won the Directors of the biggest international festivals including "The Mission" and "Fulltime Killer". In 2003, Johnnie To participated for the first time at the film festival in New York with "PTU". In 2004, his film "Breaking News" is presented at the Cannes Film Festival official selection. In 2005, he returned with his film "Election" which was nominated 11 times at the Taipei Golden Horse Award in Taiwan. He won the prize for best film and best director at the Hong Kong Film Awards for this film.

During the ceremony, Christine Albanel paid a tribute to Mr To and said that he wears ” the colors of the top film in Hong Kong, the city of your childhood that you deliver, over each of your works, a portrait very original and unique”. She recalled that Johnnie To has always thread exploration, experimentation and innovation.

In the presence of Gilles Jacob, president of the Festival de Cannes, Thierry Frémaux, the delegate general and Véronique Cayla, director of the National Center for Cinematography (CNC), Johnnie To said he was "very surprised by the honor" it was done. "I am honored to share my love for Hong Kong and its culture with the public (...) Thank you for your encouragement, I continue to make films," he added. 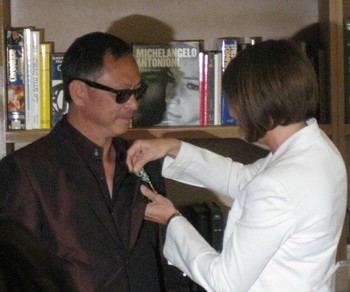 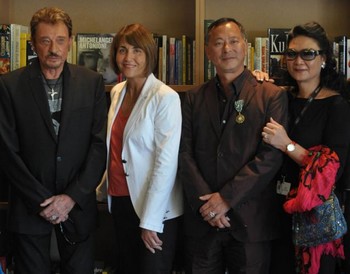