"Belle and Sébastien”, the film adaptation in theatres February 6 [fr]

Adaptation of the French saga of the late 60’s, "Belle et Sébastien" tells the unexpected friendship between Sébastien, a child, and Belle, a wild dog, in a quiet village of the Alps during World War II. The film is directed by Nicolas Vanier, author of "Wolf" in 2008 and "The Last Trapper" in 2004. With the young Felix Bossuet, Tcheky Karyo ("Nikita", "Dobermann", "A Gang Story"), Margaux Chatelier ("Paris-Manhattan") and Dimitri Storoge ("Nuit # 1", "A Gang Story"). 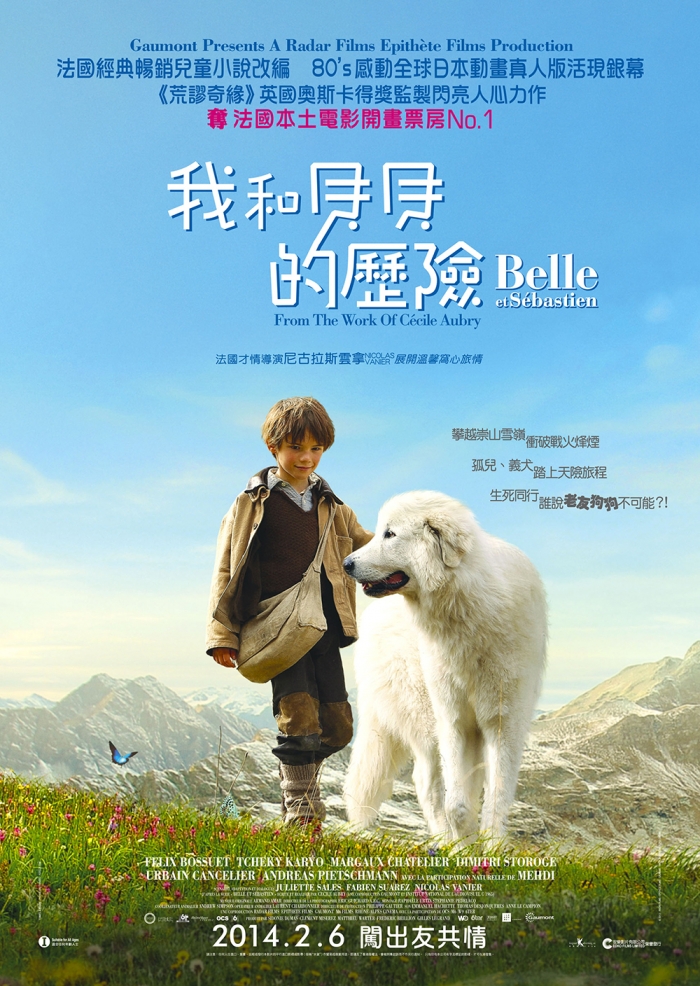