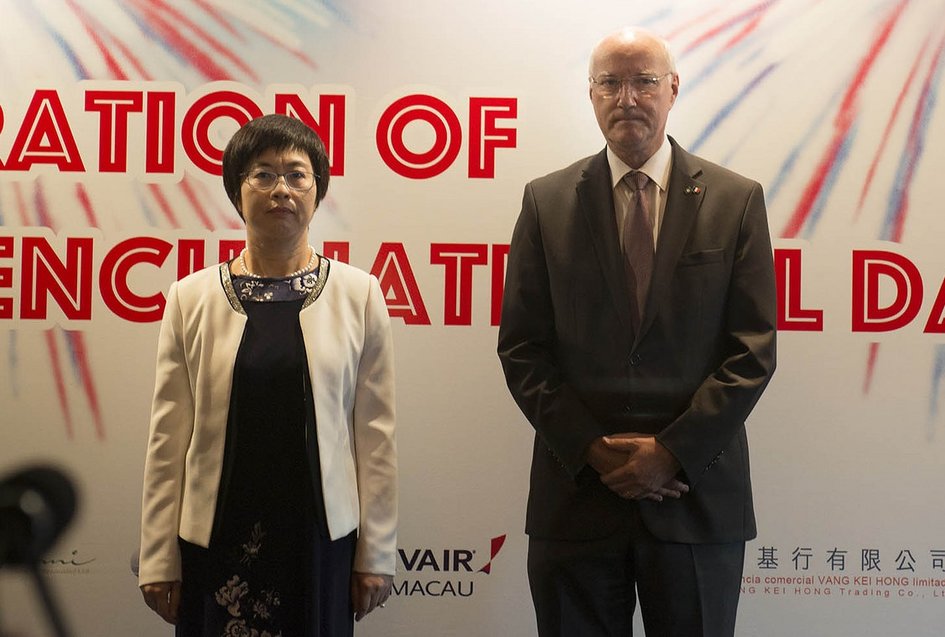 In the presence of Ms Sonia Chan, Secretary for Administration and Justice of the Macau SAR, the guests paid homage to the victims of the terror attack that took place in Nice on 14 July 2016. 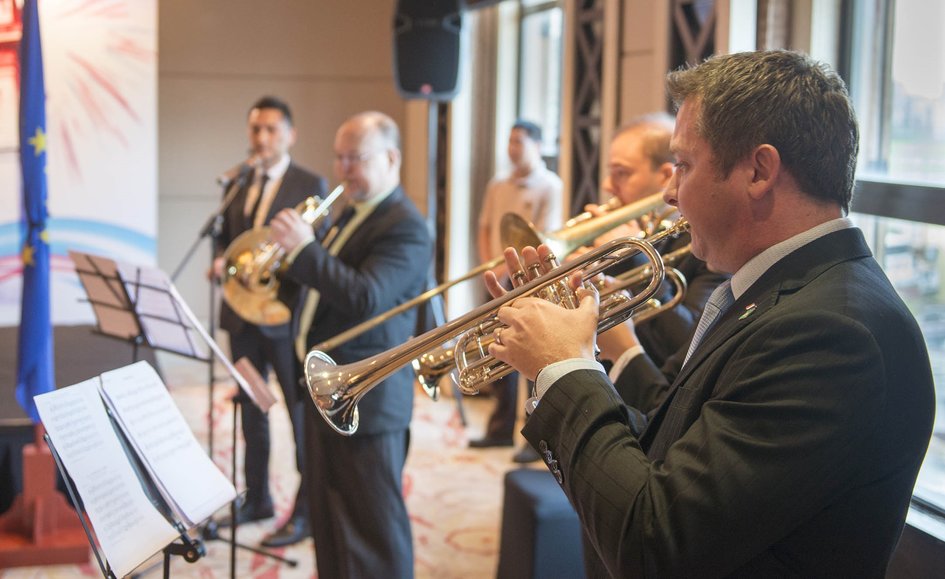 The official reception for the French National Day took place at the Sofitel Macau on 15 July 2016. It began as four members of the Macau Orchestra performed virtuously La Marseillaise and The March of the Volunteers, the French and Chinese national anthems. 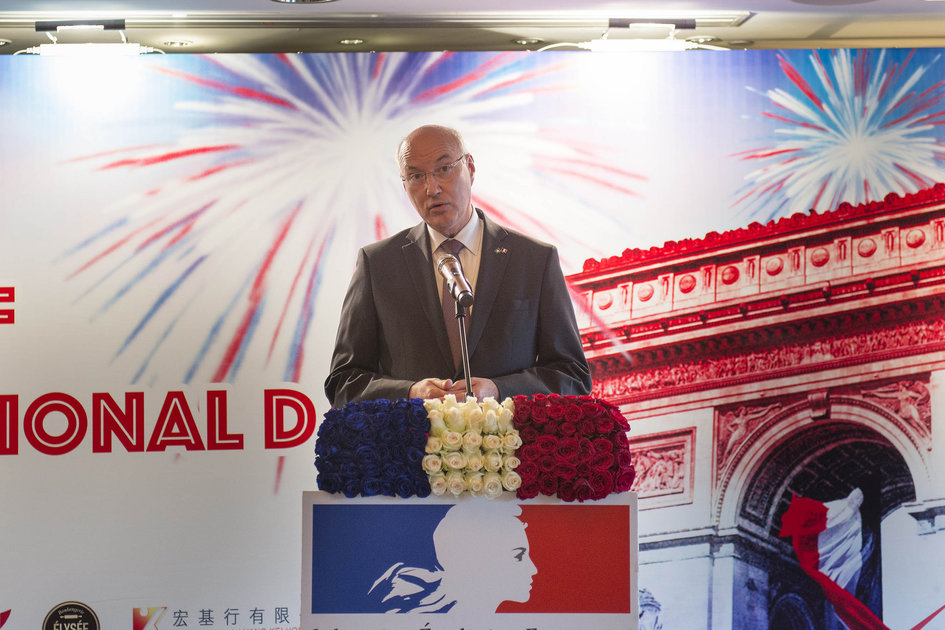 During his speech, Consul general Eric Berti paid his respects to the victims of the terror attack that took place the day before in Nice. “This attack show that we must not lower our guard in the fight against terrorism. It also shows that we must stick more than ever to the values of France: Liberty, Equality, Fraternity”, he said as he invited the audience to observe one minute of silence.

The Consul general then congratulated the French community of Macau for its efforts to promote France in the territory: “French companies are very active here in many sectors: luxury brands and fine wines of course, but also in a wide range of activities which are central to Macau’s daily life such as water and energy supply, waste management, catering or the hotel industry.” Mr Berti also underlined the vitality of cultural and academic exchanges between France and Macau before proposing a toast in honor of the Macau SAR and the People’s Republic of China. 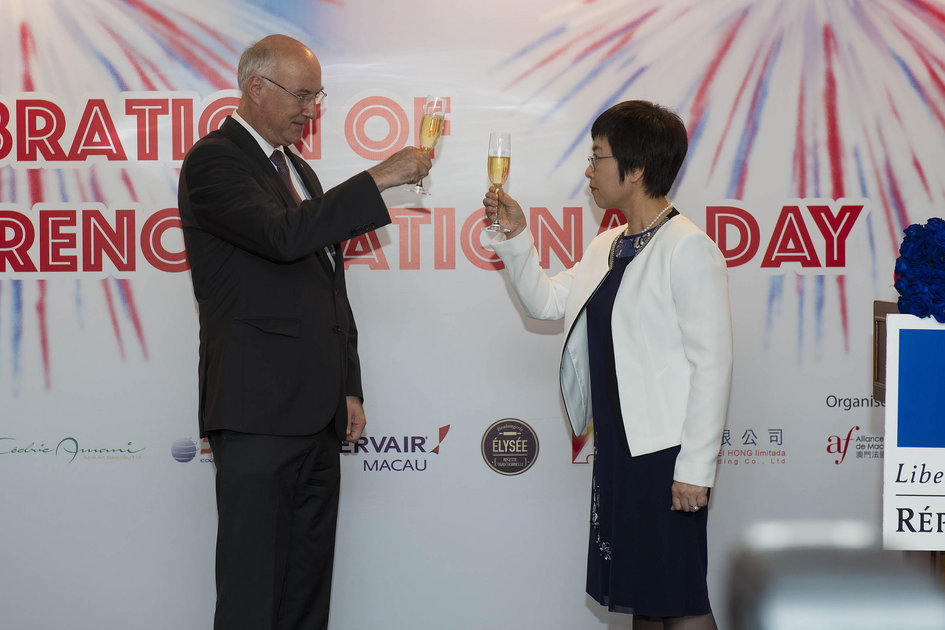 Ms Sonia Chan delivered a speech during which she presented, on behalf of the Chief Executive and the government of the Macau SAR, her deepest condolences to the people of France after the terror attack in Nice as she expressed the Macau government’s determination to take a firm stand against terrorism. The Secretary for Administration and Justice also hailed the vitality of the relations between France and Macau and stressed the fact that France is one of Macau’s first foreign suppliers. Ms Chan concluded her speech by proposing a toast in honor of the citizens of the French Republic. 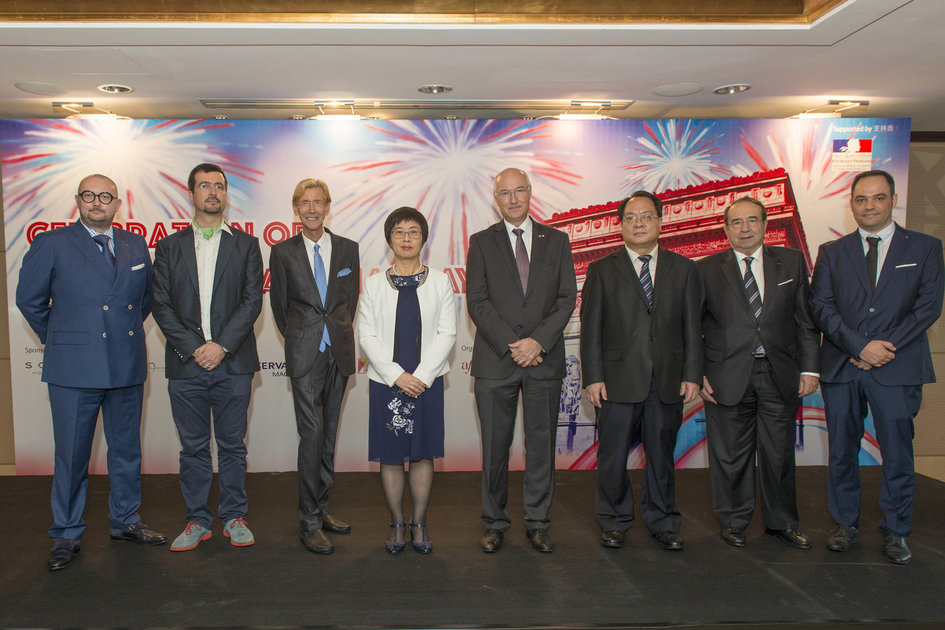 The Consulate general would like to thanks its sponsors and partners for their support in the organization of this reception, especially the Alliance Française, the France Macau Business Association and the Sofitel Macau Ponte 16.