Award of the Medal of Aeronautics to Mr Norman Lo

The Director-General of Civil Aviation Department of Hong Kong, Mr Norman Lo, has been awarded the Médaille de l’Aéronautique, or Medal of Aeronautics, by the French government for his contribution in strengthening French and Hong Kong co-operations and exchanges in the aviation industry as well as a recognition for his distinguished career.

Early in his career, he served as a volunteer pilot with the Royal Hong Kong Auxiliary Air Force and Government Flying Service, providing emergency and search and rescue services. In his spare time, he provides volunteer service to promote youth education in aviation as the Commandant of the Hong Kong Air Cadet Corps.

In 2004, the Civil Aviation Department (CAD) and other government departments worked very closely with the French Consulate in Hong Kong and Macau and the aerobatics team "Patrouille de France" to successfully stage the first fast jet aerobatics display over Hong Kong south.

During the first Asian Aereospace show held in Hong Kong two years ago in 2007, the Airbus A380 fly-past over Victoria Harbour was also accomplished safely under the concerted efforts of the CAD, Airbus and other supporting organisations.

The award was created over 60 years ago in France to honour brave people and pioneers who have played an important role in the promotion of aeronautical knowledge and the skills and values attached to it. Mr Lo is the first Hong Kong citizen to receive this honour.

The medal was conferred on Mr Lo by the French Minister for Transport, Mr Dominique Bussereau, at a ceremony held during the 100th anniversary of the Paris Air Show in Le Bourget, France, on June 16. 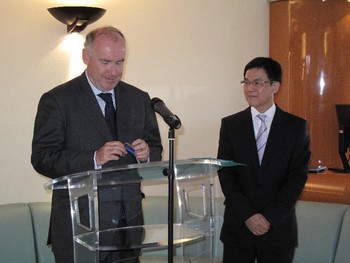 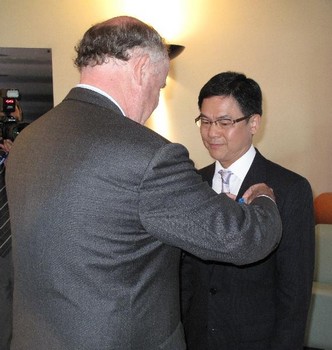 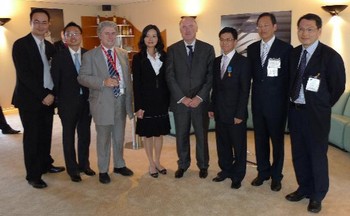