The Consul General bestowed on Mrs Anson Chan on April the 22th the cross of Knight of La Légion d’Honneur. The first woman and the first Chinese to hold the second-highest governmental position in Hong Kong, Mrs Chan is being recognized for her distinguished career and her major contribution to the promotion of gender equality, freedom of press and democratic debate, values of universal significance.

In 1962, Chan joined the civil service as an administrative service cadet. She became a senior administrative officer in 1970. During this period she helped set up the Association of Female Senior Government Officers to fight for better rights for women civil servants.

She became Director of Social Welfare in 1980. From 1987 to 1993, she was Secretary for Economic Services, becoming the 30th and the last Chief Secretary in 1993 to oversee the localization of the civil service. From July 1, 1997, with the end of colonial rule, she stayed on as head Chief Secretary, continuing to serve the Hong Kong SAR government.

She was the first Chinese and also the first woman in two of the highest civil service positions.

During her distinguished career, she took all opportunities to strengthen the relations between France and Hong Kong. She remained active into public debate, promoting broader political awareness among the Hong Kong Public.

During the ceremony, the Consul of France JP Thébault paid a specific tribute to her commitment to gender equality and her way to promote freedom of press and democratic debate, values which are of universal significance. 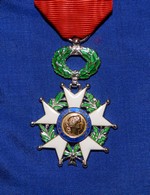 The cross of Knight of La Légion d’Honneur 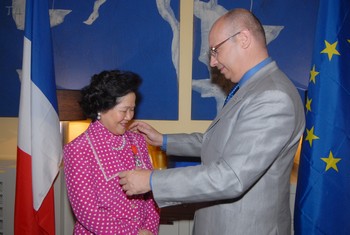 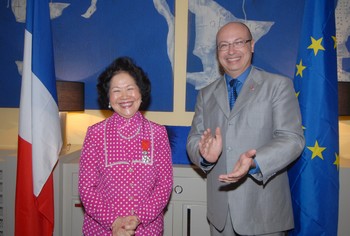 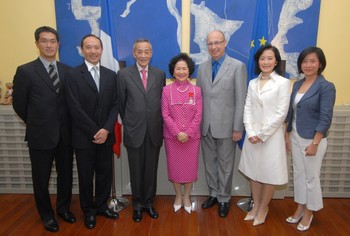 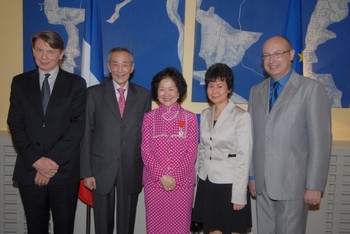 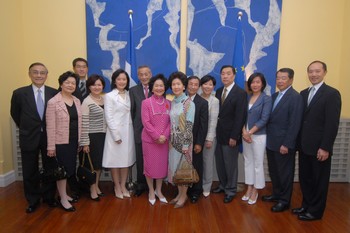 Mrs. Chan and some of her many friends present at the reception 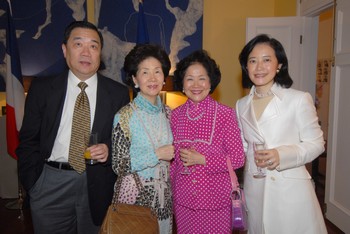 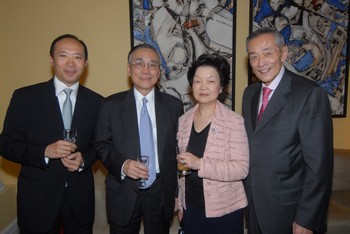 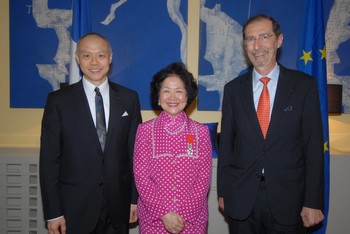 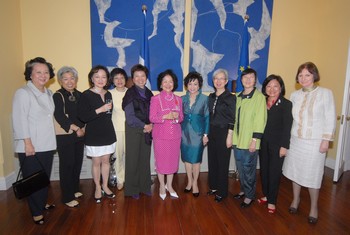 Mrs. Chan surrounded by several of her former colleagues to the Government