Home > Culture, Education and Science > Education, French and Literature > An exhibition of Jacques Prévert Collages from Mar 1 to 10 at Hong Kong (...)

On the occasion of the 40th death anniversary of Jacques Prévert, and as part of the Francophonie festival, An exhibition of Jacques Prévert Collages is held at Hong Kong Polytechnic University (Podium DE), jointly organized by the Minor program of European studies at the Department of English and the Consulate General of France in Hong Kong and Macao, with the support of the FATRAS Foundation and Institut Francais. 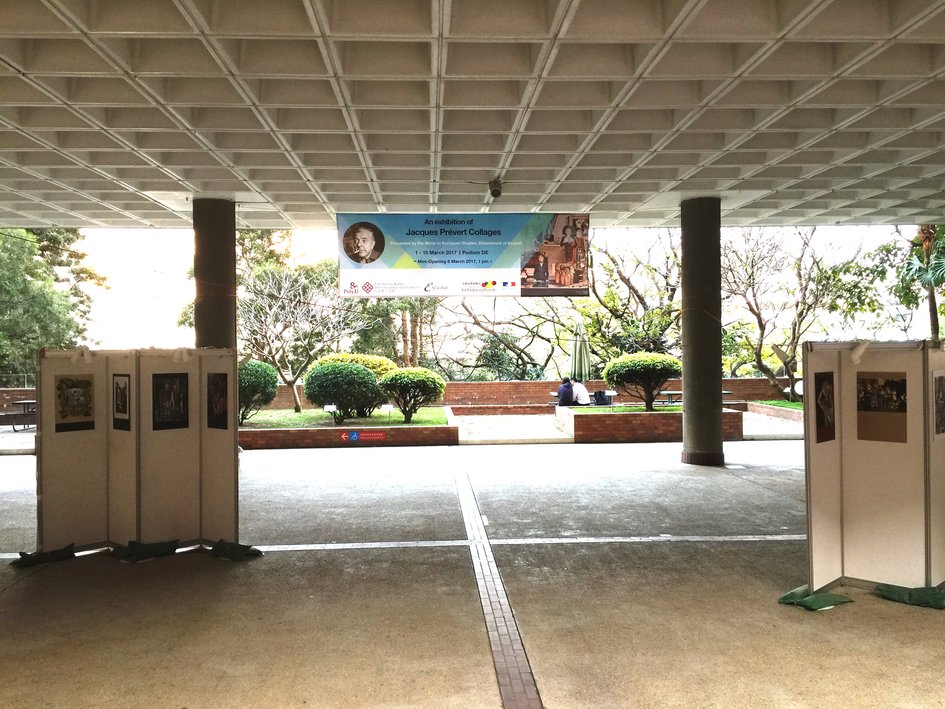 Picasso, who was also a friend of Jacques Prévert, once commented his friend in this way: “Jacques does not know how to paint or to draw, but he is a painter (of art).”

Constructed by "FATRAS / Succession Jacques Prévert", this exhibition aims to reveal another side of Jacques Prévert that is less known by the world. The exhibition includes around 20 pieces of collage works from National Library of France and private collections. 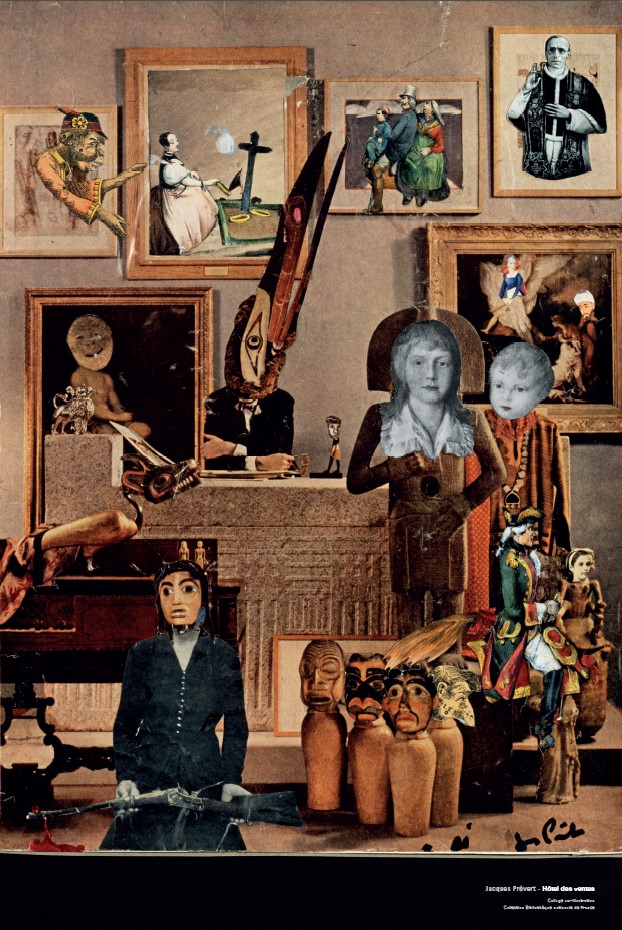 In 1912, Georges Braque and Pablo Picasso created the first collages, then the Dadaïstes and then the Surrealists followed the trend. In 1930 Jacques Prévert also followed suit. Although his first known collage dates back to 1943, It was not until 1948 that he engaged in this new form of artistic creation that has quickly become his passion.

Jacques Prévert liked to use different means of art forms, such as cinema, literature, collage. They share the same approach: the art of montage. His work was also influenced by the sincere friendships he shared with many painters, illustrators and photographers back then. 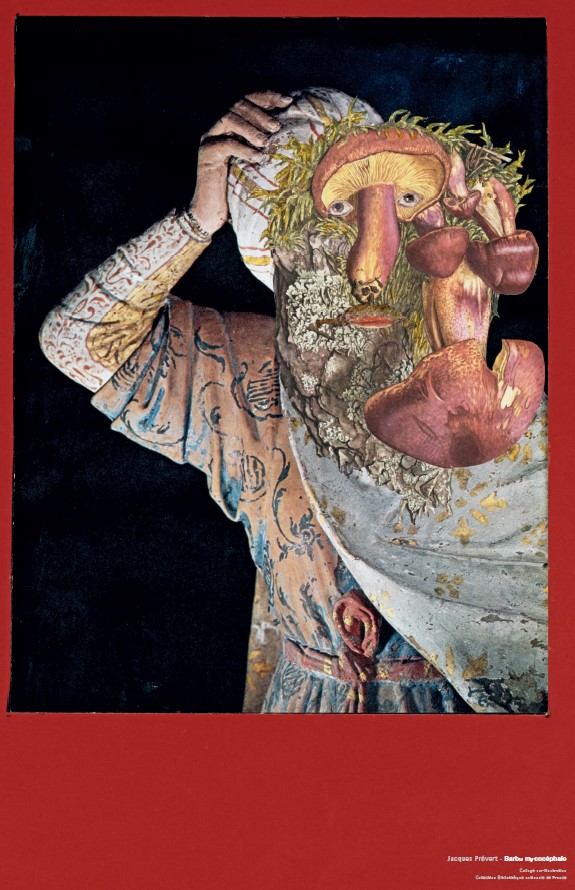 Jacques cut the elements out, and then assembled the elements together with his acute sense of an artist. One can compare his skills of assemblage to mise-en-scène, the arrangement of actors and scenery on a stage for a theatrical production. He placed the elements against a constructed background so that each element stood in the right place. While assembling the elements, Jacques Prévert transformed them by colouring and retouching with different colouring utensils such as crayon, felt-tip pens and ink. Sometimes he would scratch the surface so as to create a three-dimensional effect for his collages. (Credits: Fondation FATRAS) 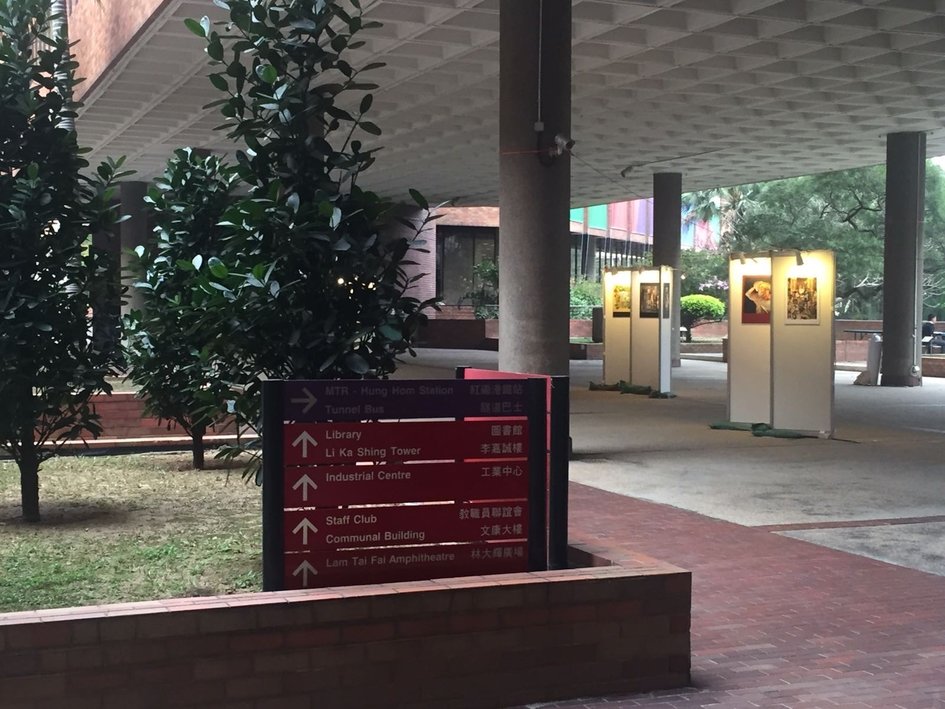 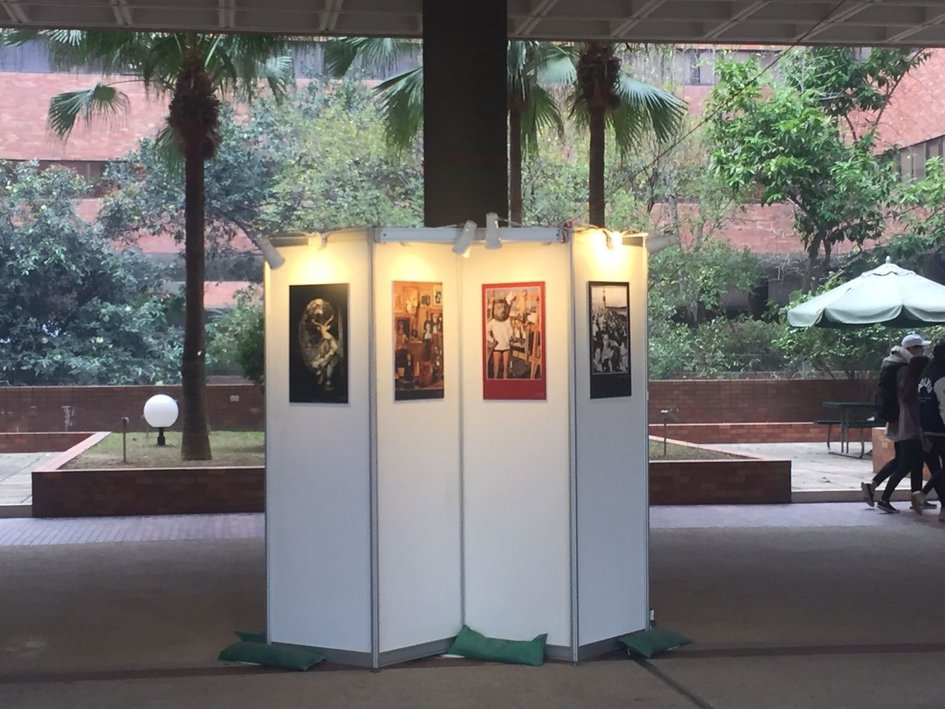 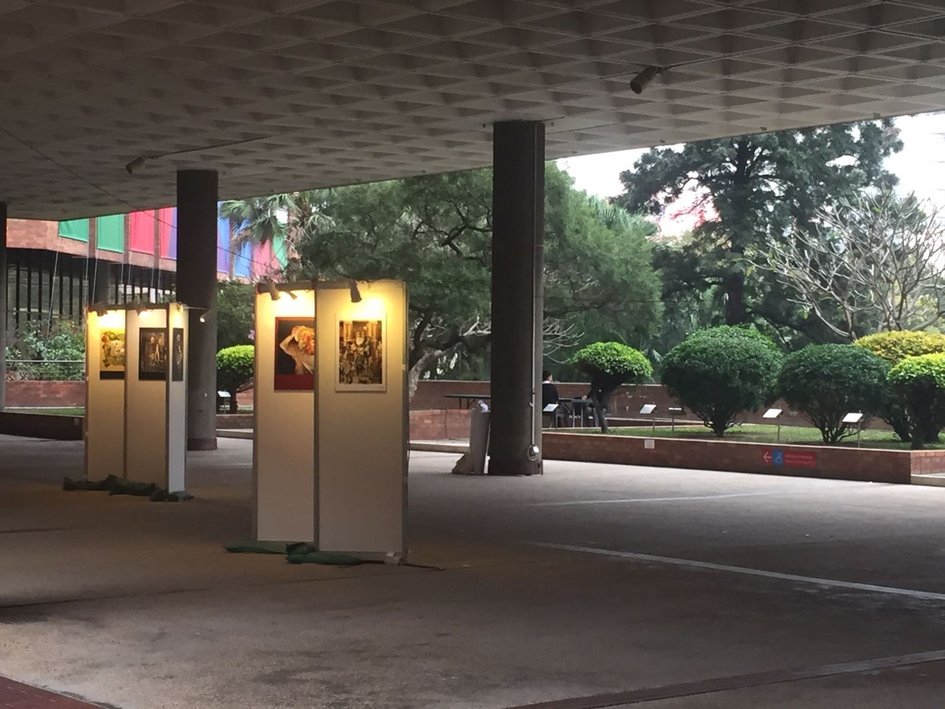 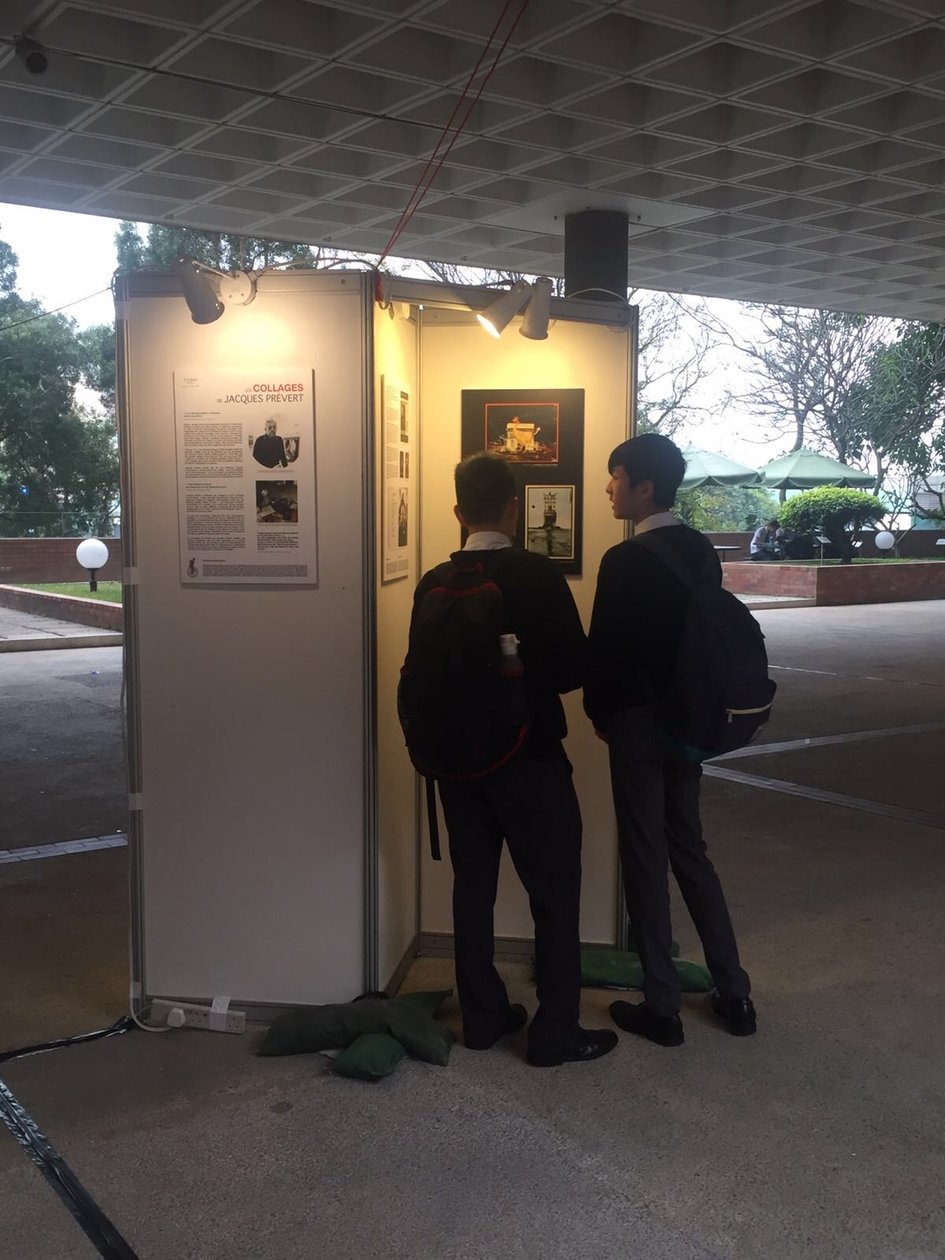 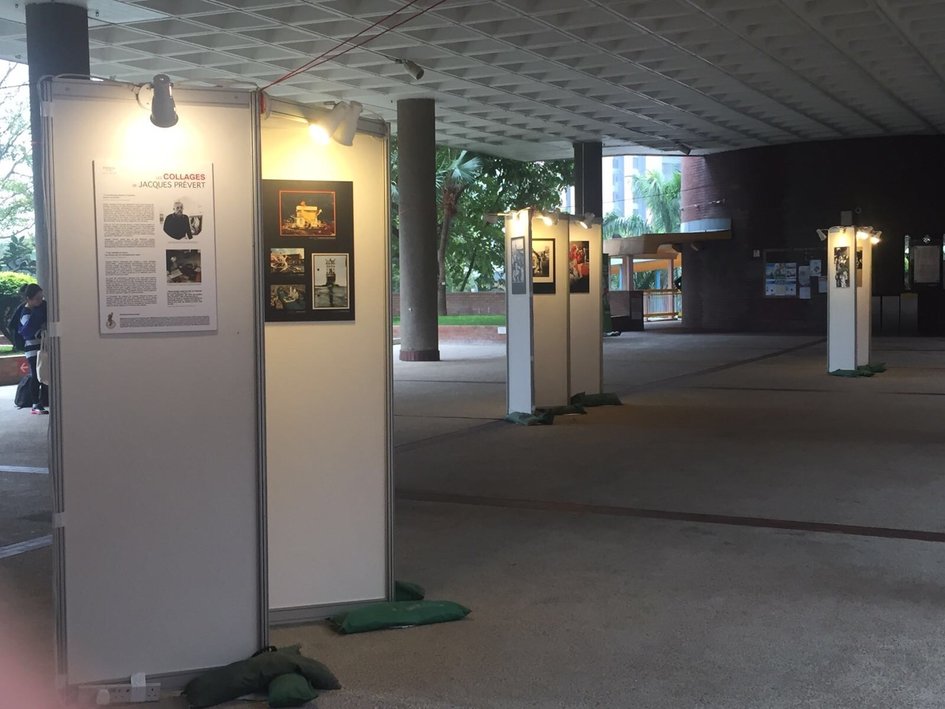 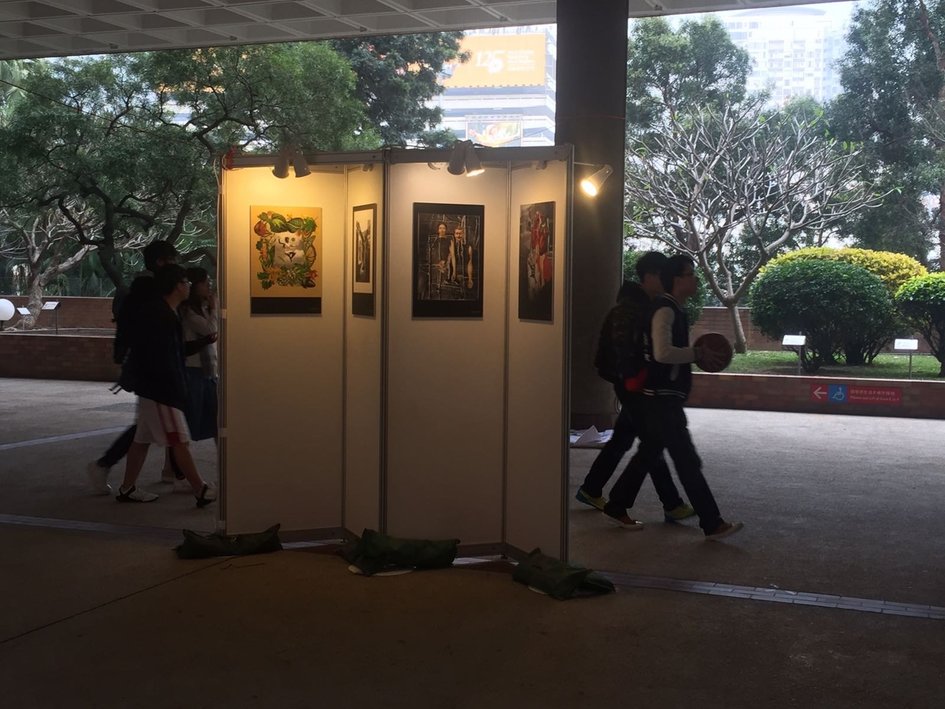 On Monday, 6 March, an opening ceremony of the Prévert collages exhibition took place on the podium DE at Hong Kong Polytechnic University. 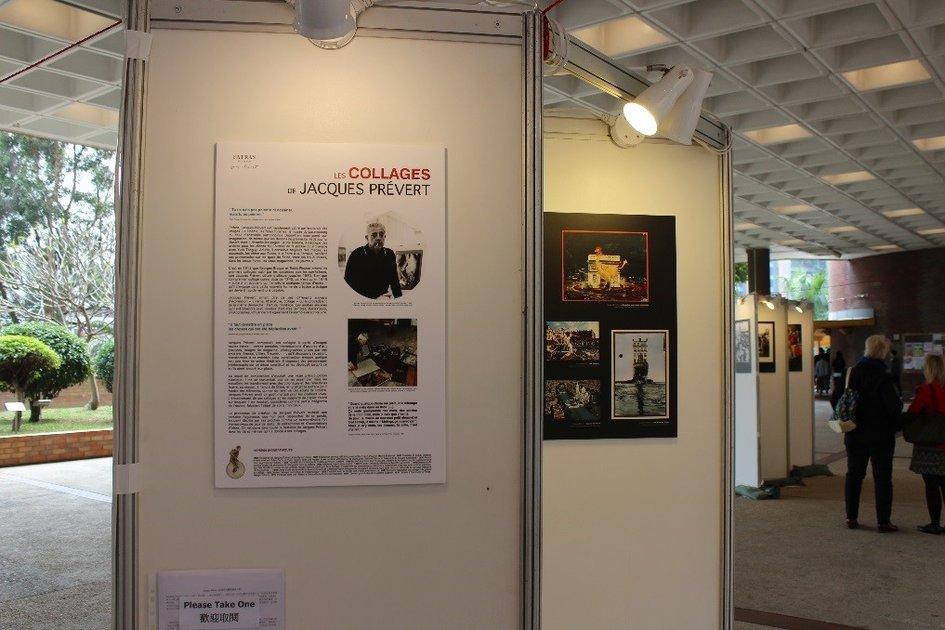 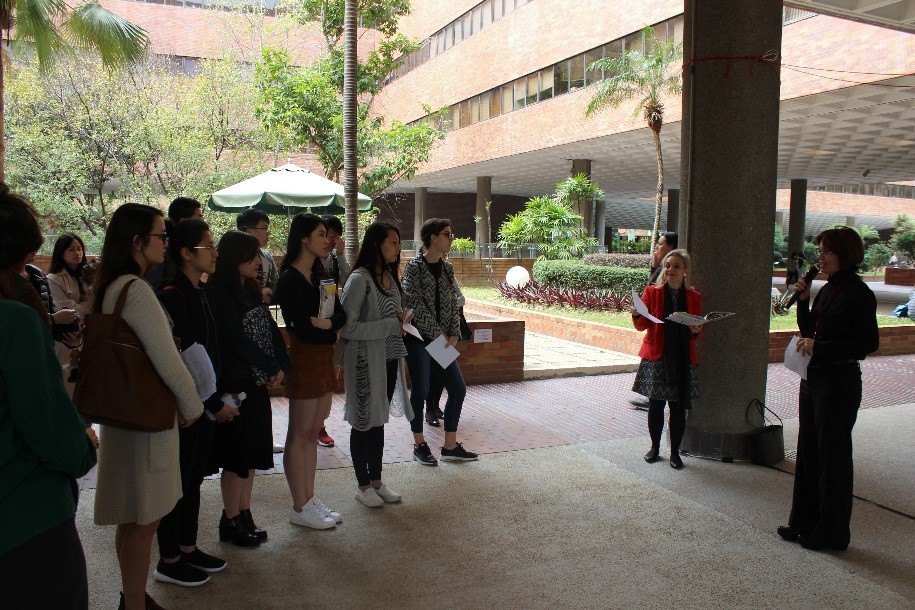 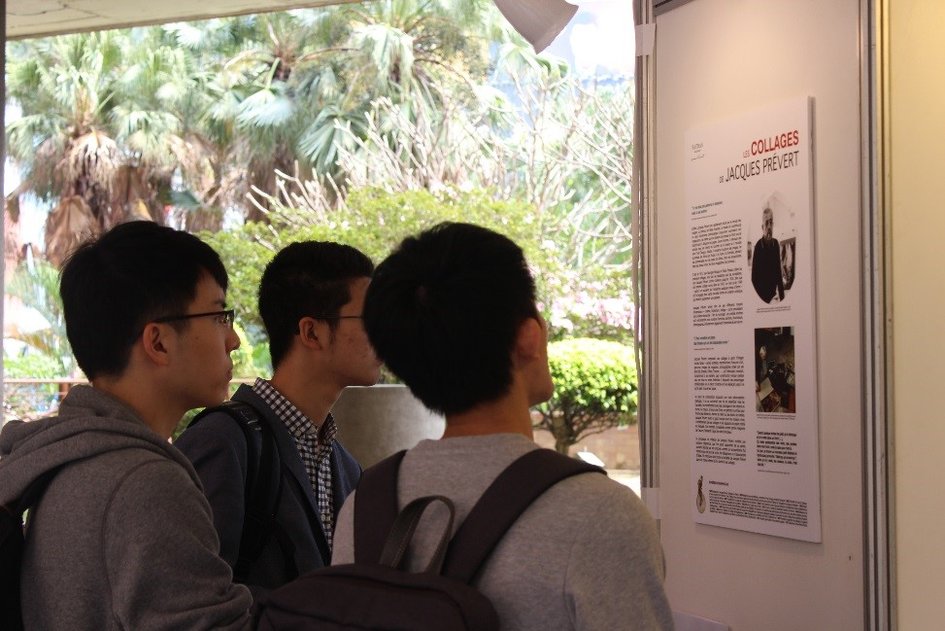 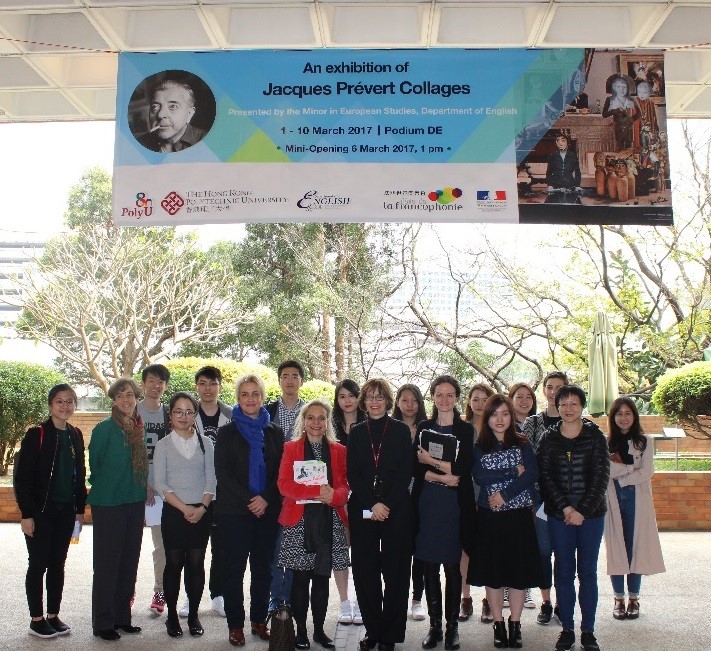 After reading a poem by Jacques Prévert by Mrs. Denis-Blanchardon, the students were able to take advantage of this exhibition and appreciate the collages of Prévert.