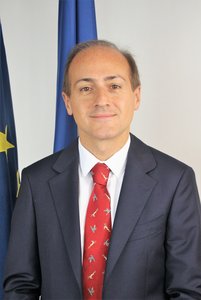 Alexandre Giorgini was appointed Consul general of France in Hong Kong and Macau by decree of the President of the French Republic dated 16 July 2018. He took office on 3 September 2018, replacing Eric Berti.

Prior to his assignment to Hong Kong and Macau, Alexandre Giorgini was Deputy Director of Communication and Press and Deputy Spokesperson at the French Ministry of Foreign Affairs.

He has been a diplomat since 1999, serving at the Directorate for Strategic Affairs and at the Directorate for European Cooperation. His first assignment abroad was in Roma, Italy, as First Secretary at the French Embassy (2004 - 2008). He worked as Political Counselor at the French Embassy in Moscow, Russia (2008 - 2012). During his years in Russia, he learnt Mandarin at the State University of Lomonossov.

Alexandre Giorgini holds a degree from Sciences Po Paris and an aggregation in History. He also graduated from the ENA (National School of Administration) and from the “Ecole normale supérieure”.