Directed by Julie Delpy, the film will be released on the 24 January in HK!

The movie 2 Days in New York is a romantic comedy sequel to Julie Delpy’s 2 Days in Paris (2007). 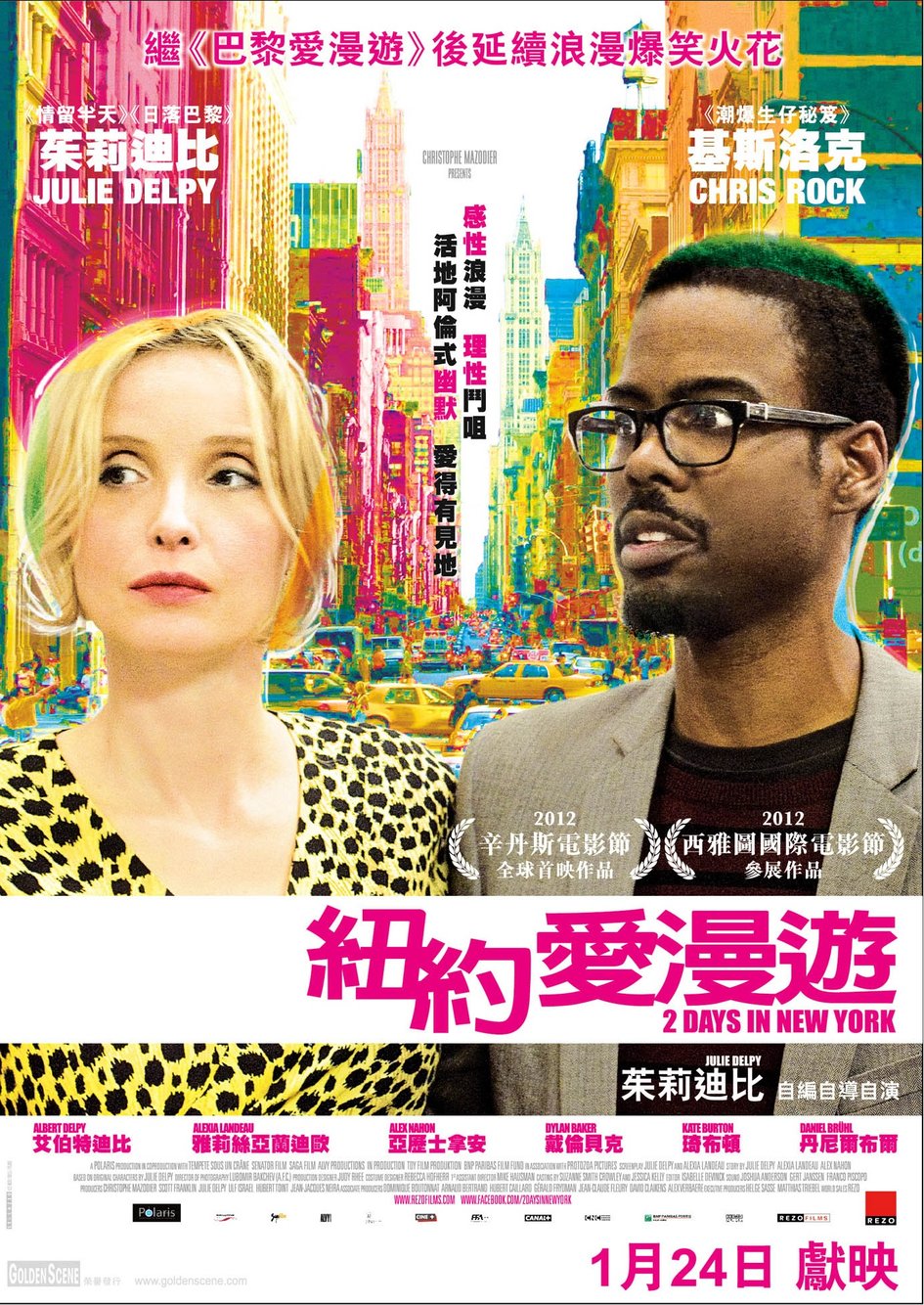 Marion (Julie Delpy) and Mingus (Chris Rock), a radio journalist, are living in New York with their cat and two children from her previous relationship. The couple is deeply in love! While Marion is preparing her photographs exhibition, her father, sister and sister’s boyfriend (who is in fact Marion’s former boyfriend) unceremoniously descend upon them in New York for the opening. The culture shock, but mostly from the eccentric personalities from these visitors, provokes the fireworks between Mingus who is a typical “newyorker”. Marion was pushed to the edge; her father does not speak a word of English, her sister who always have her Freudian problems, and her sister’s boyfriend….. no comment! And you may guess the rest…..

The film will be available in the following cinemas:- Palace IFC- The Grand