A Youth Programme on Dissemination of Anti-drug Messages

The French International School in collaboration with the Police Liaison Desk of the Consulate General of France in Hong Kong and Macau organised a youth programme for its students on the 9th and the 18th of May respectively. The target participants were French students aged between 15 and 18. The programme aims to disseminate anti-drug messages to students, to warn about the disastrous impact of drug abuse and to suggest students that they should be cautious when they make choices in life. In fact, similar activity was organised with the support of Narcotics Division of the Hong Kong Security Bureau in March 2011

On the 9th of May 2012, two sessions of educational talks were provided by officers of the Hong Kong Correctional Services Department and the Hong Kong Police Force at the French International School. 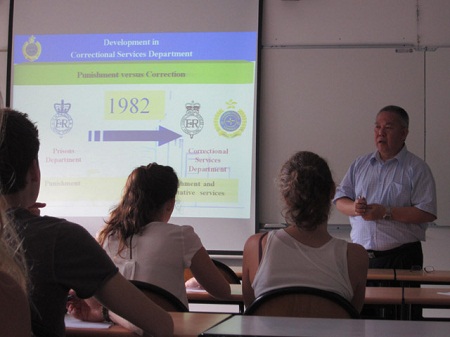 Mr. Fong Kung-fu, the Public Education Officer of the Rehabilitation Pioneer Project of the Hong Kong Correctional Services Department presented the existing judicial system of Hong Kong, the possible court disposal for young offenders and the rehabilitative services provided for young offenders by the Correctional Services Department. The presentation also specially cover topic on the relative ordinance on dangerous drugs.

Concerning the first session, a speaker of the Rehabilitation Pioneer Project provided information about the existing Judicial System of Hong Kong and rehabilitation services for young drug offenders in Hong Kong. According to Hong Kong laws, those persons in custody are undergoing treatment programme under the Drug Addiction Treatment Centres Ordinance. In the other session, a police officer showed different kinds of prevalent drugs to students and illustrated the recent seizures of drugs by the police in Hong Kong. 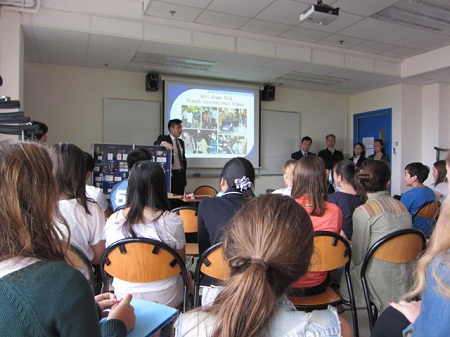 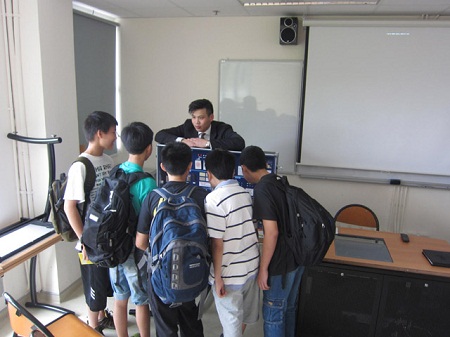 The police speaker illustrated different kinds of common drugs seized by the police in Hong Kong and answered students’ enquiries.

As part of the Rehabilitation Pioneer Project, the Hong Kong Correctional Services Department organised a visit to Hei Ling Chau Green Haven Scheme Resource Centre and Lai Sun Correctional Institution on the 18th of May 2012.

The delegation was composed of students, teachers, consular staff and officers of the Hong Kong Police. Students visited different settings and facilities in Lai Sun Correctional Institution, including vocational training workshops and inmates’ dormitories and they enjoyed a sharing session with inmates under custody. During the sharing session, inmates depicted their daily life in the institution and expressed their expectations of reintegration in the community. 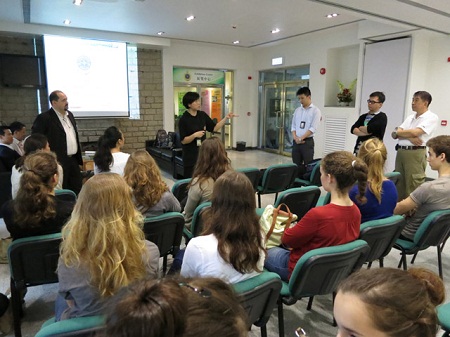 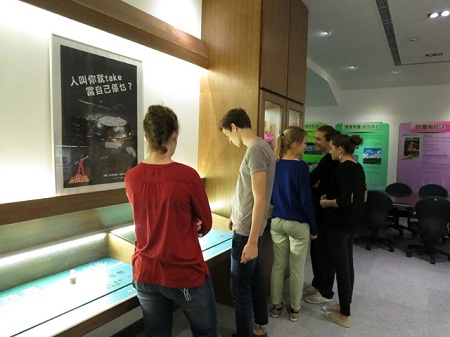