The festival presents every year a fine selection of different movies from all around the world dealing with Jewish-related topics. A total of 4 French films and co-productions will be screened within this 19th edition which takes place from 3-17 November 2018 at Asia Society Hong Kong. 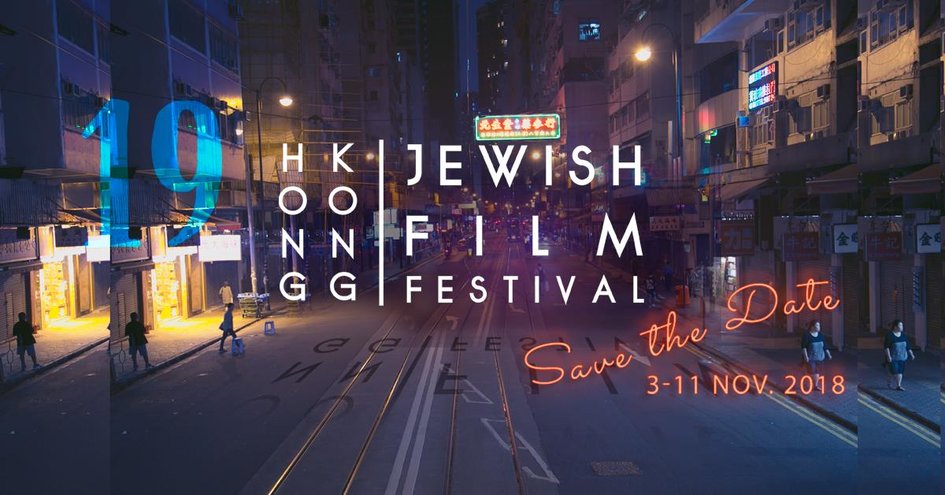 The Hong Kong Jewish Film Festival is one of Asia’s flagship Jewish festivals featuring quality Jewish-themed films from around the world. Founded in 1999 by Mr Howard Elias, the Festival has screened hundreds of features, documentaries and short films from over 30 countries, hosting directors, producers, critics and curators.

Its mission is to celebrate, educate, enlighten and entertain through movies and bring Jewish culture to this corner of Asia. The festival runs for eight days showcasing a wide range of feature films, documentaries and shorts, which reflect and offer interesting and unique views into the diversity of Jewish and Israeli life and culture.

In 2016, a total of 300 films (shorts, documentaries, features…) from 34 countries in 34 languages and dialects had been screened since the festival inception in 1999.

The Festival receives local support from foreign consulates, cultural offices and chambers of commerce in Hong Kong as well as a wide range of film lovers who come to the festival. The Consulate General of France in Hong Kong and Macau has been an enduring supporter of the festival for many years. A total of 4 French films and coproductions will be screened this year:

Synopsis : Two women – a Mossad agent and a Lebanese informant – find themselves trapped in a labyrinth of deception, paranoia and intrigue. Naomi is an Israeli special agent assigned to protect Mona a Hezbollah turncoat recovering from identity-changing plastic surgery in a Hamburg safe house. In an atmosphere of distrust and as tensions rise, both women begin to question their beliefs and loyalties as they form an unexpected but fragile bond. A nail biting thriller directed by veteran film maker Eran Riklis with standout performances by an award winning cast.

Opening film with screening on Saturday, 3 November 2018 at 8pm

Synopsis: Three independent Arab-Israeli women choose a life of freedom in the heart of Tel Aviv, a far cry from their traditional upbringing. When the religiously conservative Nour joins as their new roommate, their drug-fueled bohemian lifestyle comes under sharp scrutiny. A shocking sequence of events bonds the roommates and blurs the lines of their relative differences. In Between is a compelling film with unforgettable performances.

Synopsis : At first glance, “La Muette” is a low-income post-war housing project like thousands of others in the Paris area. However, these buildings stand on the site of Drancy, where almost 80,000 Jews were detained until most were sent to their deaths in Auschwitz. After the war it was turned into a housing development with some of the lowest rents in the Paris suburbs. During the annual Holocaust commemorations at the site, the paths of current residents and former detainees cross, offering a tragic reminder of the atrocities and bearing witness to the dark history of the site.

If I ever come back (Stéphane Trouillard, 2016)

Synopsis : Paris, 2010: a collection of wartime letters and photographs by a former pupil, Louise Pikovsky, to her beloved teacher were discovered.The last note dates to the day Louise and her family were captured and eventually deported to Auschwitz, where the family all perished.Journalist Stephanie Trouillard together with Khalida Hatchy, a teacher and librarian, explore Louise’s story, track down witnesses, cousins and former classmates. Through months of research, they piece together fragments of a life cut tragically short.