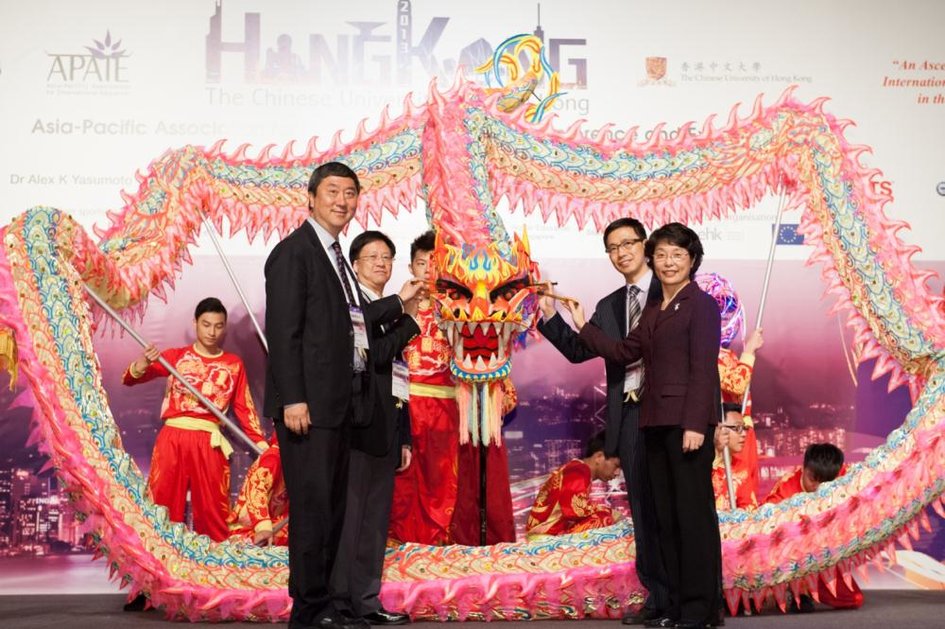 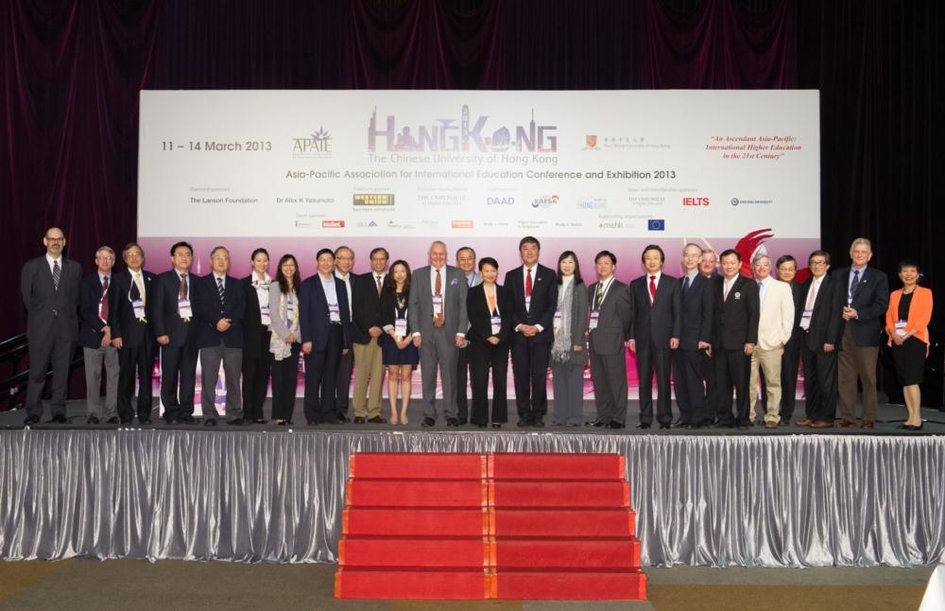 Since 2006, the APAIE Conference & Exhibition has been held annually in different cities ot the Asia-Pacific region. As one of the 13 founding members of APAIE, the Chinese University of Hong Kong (CUHK) was proud to be the host of the 8th Annual APAIE Conference and Exhibition in 2013. The Conference took part of the celebratory activities for CUHK’s 50th anniversary. It offered extensive opportunities for international educators to exchange ideas and learn about new initiatives in the field. 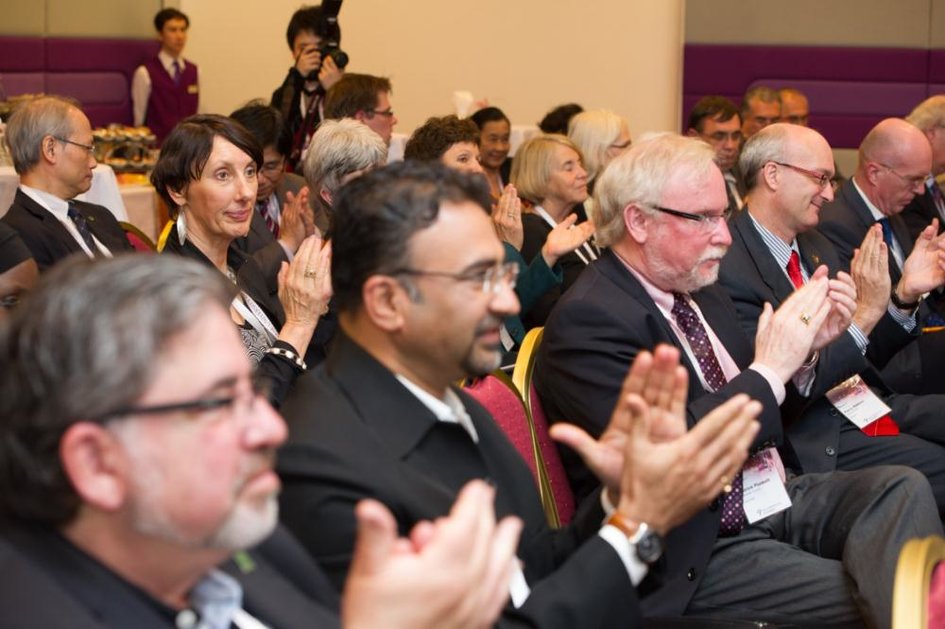 For this 8th edition, the APAIE conference theme was "An Ascendant Asia-Pacific: International Higher Education in the 21st Century", emphasizing the challenges and opportunities for institutions both inside and outside the Asia-Pacific region in view of the trend of embracing international education as their strategic mission. The four-day conference featured two keynote addresses, 46 parallel sessions, a large-scale exhibition with 157 booths, a Presidents’ Roundtable and a ’Global Dialogue’ session gathering heads of international education associations from the five continents to exchange ideas. With an increasing scale from around 400 participants at the first conference in Seoul (then later in Singapore, Tokyo, Beijing, Gold Coast, Taipei and Bangkok), the number of international educators, policy-makers and experts, reached 1,300 in Hong Kong, representing 91 educational institutions, educational agencies and service providers, from 31 regions of the whole world. 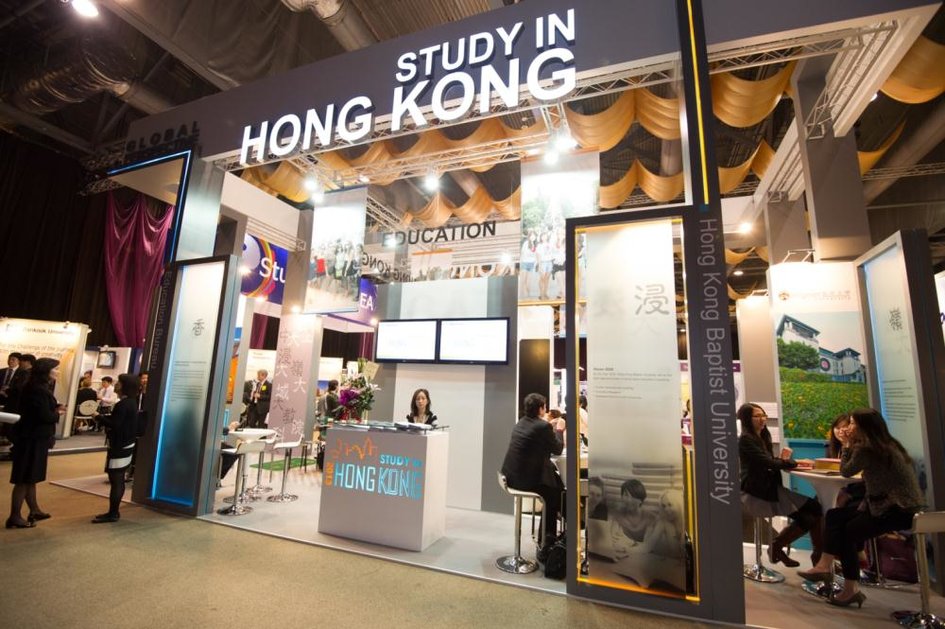 For the third consecutive year, Campus France, in association with the Consulate General of France in Hong Kong and Macau, was present at the APAIE Conference and exhibition, as one of the Silver Sponsor of the event this year. Under the attendance of Campus France and the Consulate General of France, around 50 representatives from 26 French higher education institutions were brought together at the event and shared the remarkable Campus France booth to encounter representatives of their potential partners worldwide and, in particular, Hong Kong universities’ representatives. 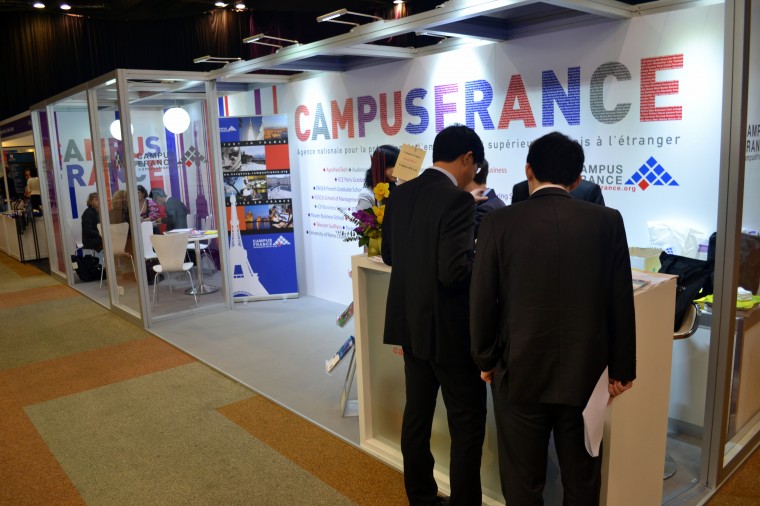 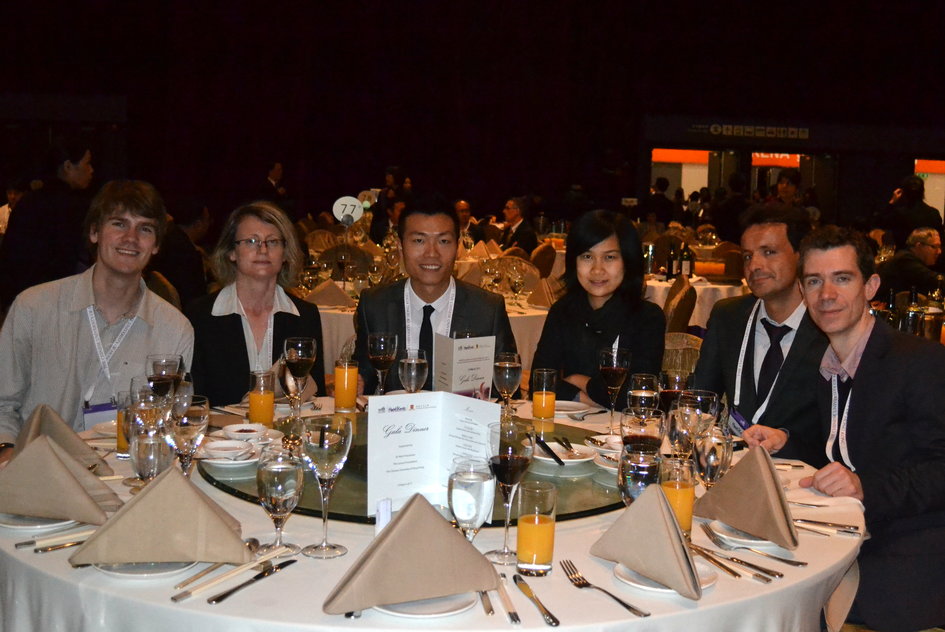 The Deputy Consul-General, Ms. Agnès Humruzian, representing the Consul General of France in Hong Kong and Macau, took the opportunity of a cocktail reception at the Residence of France to remind the French higher education representatives present at the APAIE conference the importance of the French presence in Hong Kong and the quality of Hong Kong universities, encouraging them to intensify partnerships. It was also reminded that, among the Department of Science, Education and Culture of the Consulate headed by Mr. Gilles Bonnevialle, Dr. Isabelle Saves, Attaché of Scientific and Academic Affairs, Mr. Maël Le Bail, Scientific Officer, and Mr. Louis Cheung, Academic Officer and Campus France Representative, are promoting academic exchanges between French and Hong Kong universities. 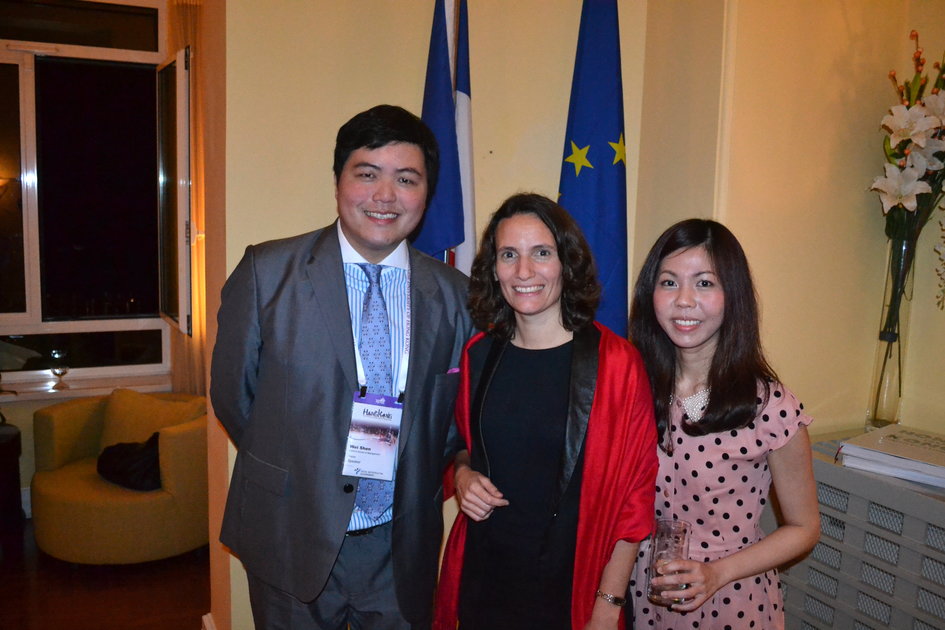 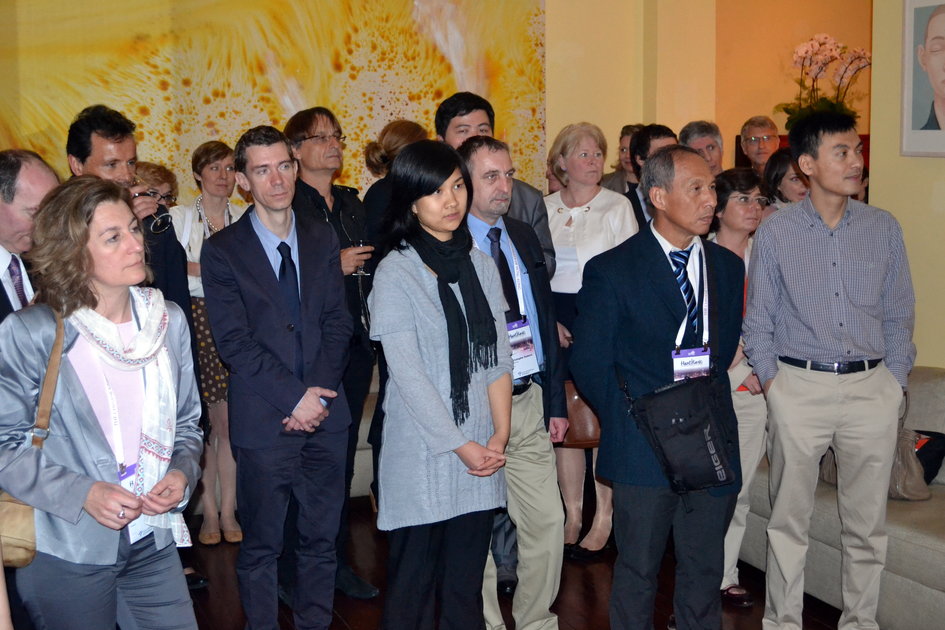 The result of the 2013 APAIE conference and exhibition, at its outcome, is very positive since the French representatives were able to meet all the target partners during the four-day conference. The appraisal, at longer term, will be conducted by the Department of Science, Education and Culture of the Consulate General of France, which will soon contact the 28 French institution representatives to assist them in establishing cooperation with Hong Kong universities.