Opening film of the last Cannes Film Festival official selection, Grace of Monaco is released in Hong Kong. Directed by the French director, Olivier Dahan (La Vie en rose, My Own Love Song), the film is starring Nicole Kidman in the title role and Tim Roth as Rainier III, Prince of Monaco. 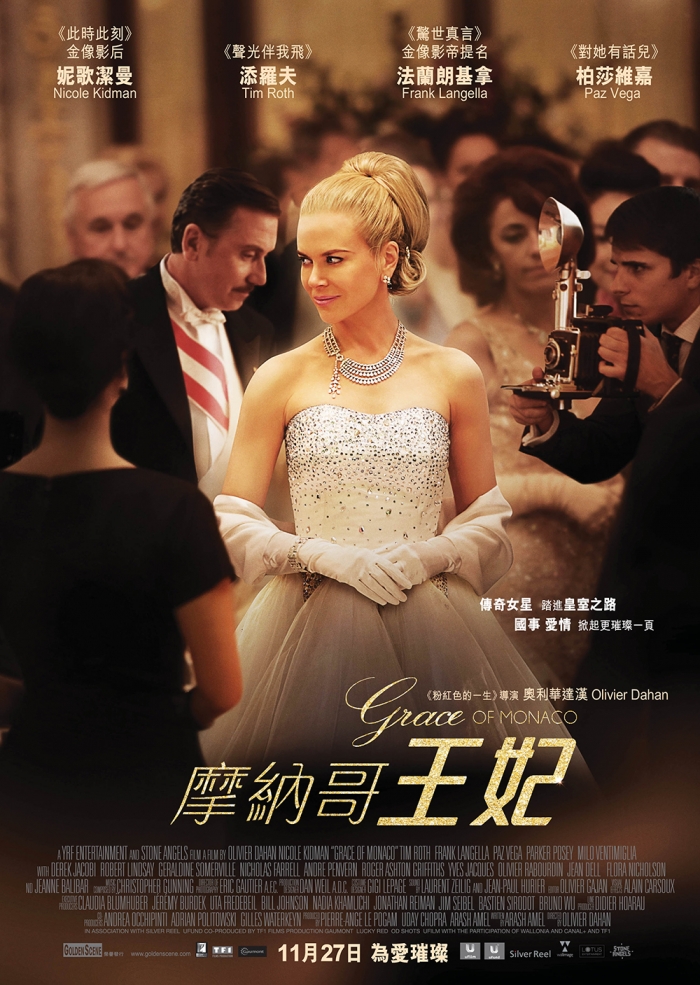 Synopsis: When Grace Kelly married Prince Rainier in 1956, she was already a world-famous movie star with the promise of a glittering career. Six years later, with her marriage in serious trouble, Alfred Hitchcock offers her the chance to return to Hollywood to star in his new film, Marnie. But at the time, France is threatening to annex Monaco, the tiny principality whose monarch Grace has become. Grace is torn and forced to choose between the creative flame that still burns within her and devoting herself to her role as Her Serene Highness, Princess Grace of Monaco.