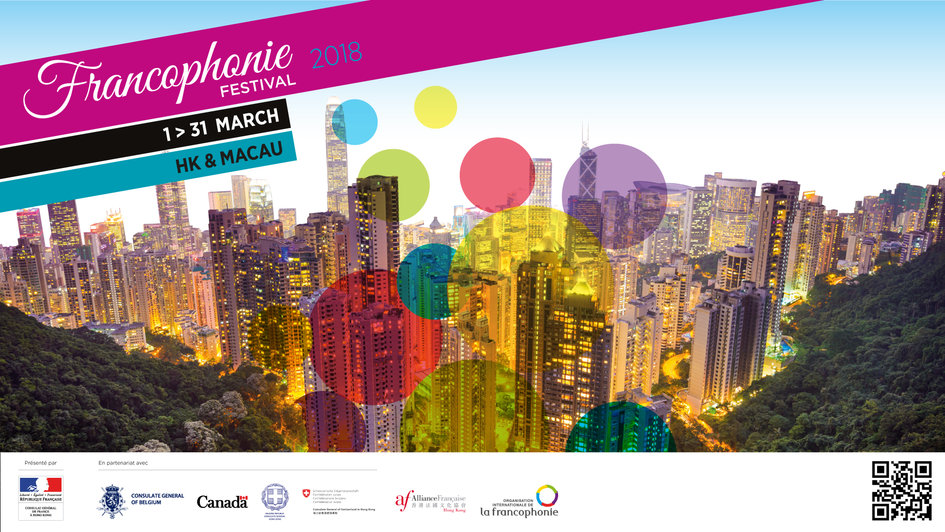 This year in Hong Kong, 2018 Francophonie Festival Hong Kong and Macau is bringing the general public in Hong Kong a series of activities in order to honour the French language: from multicultural exchanges to free flow of ideas, from exhibitions to award ceremonies, from comedy shows to theatrical productions, from literary figures encounter to musical performance, from poetry writing to film screenings - and many more.

New attractions and highlights not to be missed

New events and special highlights at this year’s festival :

• French research vessel coming to Hong Kong (March 7 - 15) Visits to the vessel and exhibitions will be open to the public to discover the rich diversity and urgency to protect and preserve the marine environment.

• « Dis-moi dix mots » Campaign, initiated by the French Ministry of Culture and Communication to honour French language via writing workshops

• As for concerts, francophiles in Hong Kong will for sure not be disappointed to enjoy the performance from the French group Fergessen at the « Mars en Folie » Concert which is co-organised by Alliance Française and consulates of Switzerland, Canada and Belgium

• Film screenings from various French-speaking countries and their rich cinematographic universe being held at various locations including universities, school and Alliance Francaise

Overview of the festival - e-booklet: