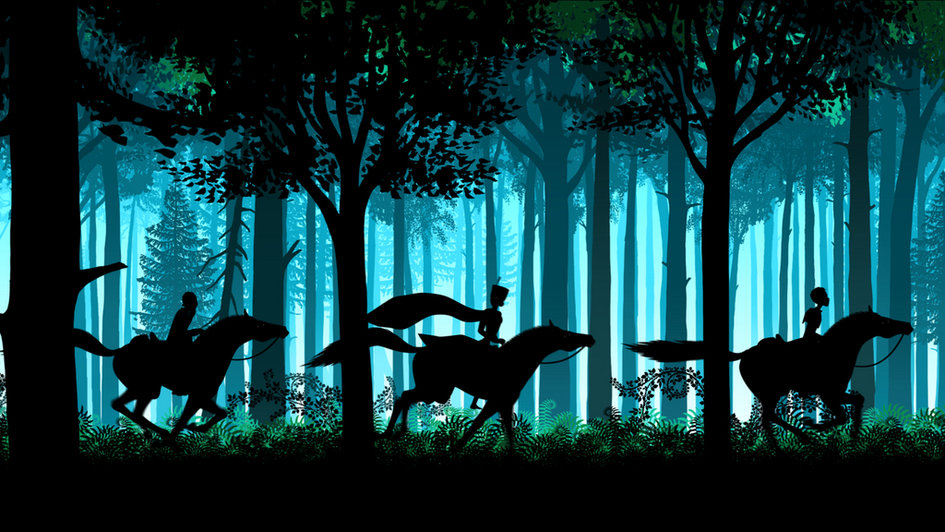 As part of the French Animation Film Festival which is held from February 4, 2015 to January 20, 2016, the Comix Home Base presents on Wednesday, June 17 at 7:30pm, Tales of the Night by Michel Ocelot.

Synopsis: Every evening, a girl, a boy, and an old technician get together in a small movie theater. Although the theater no longer seems to be operating, it is full of wonders. The three friends invent, drawn, dress up, and become characters in any story they feel like telling during one magical night when everything is possible. There are witches and fairies, powerful kings and stable boys, werewolves and beautiful, cruel ladies, cathedrals and sequins, cities of gold and dark forests, harmonies of vast choirs and the spells of a single drum, devastating malice and triumphant innocence.

To better the outdoor projection quality, the French Animation Film Festival at Comix Home Base will have the 11 screenings dated within 20th May to 21st October rescheduled. The screenings within this period of time will start at 7:30p.m. instead of 7p.m. Sorry for any inconvenience caused. Any screening cancellations or alterations will be announced on the Comix Home Base and Hong Kong Arts Centre official websites. 為提供更佳的戶外放映效果，動漫基地法國動畫電影節原定於5月20日至10月21日（共11場）的放映場次，將由晚上7時正延至7時30分開始。不便之處，敬請原諒。 如欲知悉節目最新詳情，請留意動漫基地及香港藝術中心網頁之公佈。