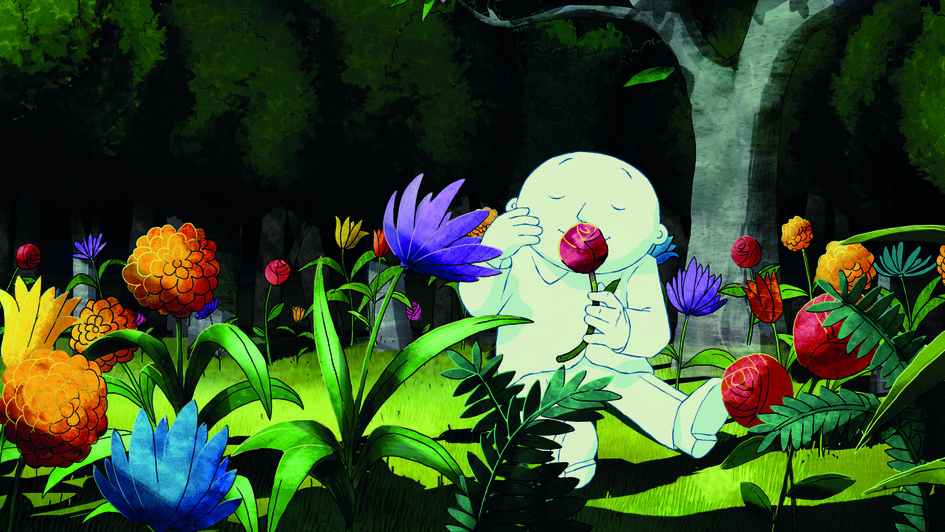 As part of the French Animation Film Festival which is held from February 4, 2015 to January 20, 2016, the Comix Home Base presents on Wednesday, July 15 at 7:30pm, Moon Man by Stephan Schesch.

Synopsis : Moon Man is bored all alone on the moon. He decides to visit Earth. One day, he hooks himself on to the tail of a comet and lands on Earth. The President of the World, convinced that Moon Man is an invader, tries to hunt him down. To escape him, Moon Man must count on the children of his friends.