Presented in official competition during the Cannes Film Festival, the latest film from Olivier Assayas, shot in English, Clouds of Sils Maria, will be released on January 15, after its premiere at the Hong Kong French Film Festival. 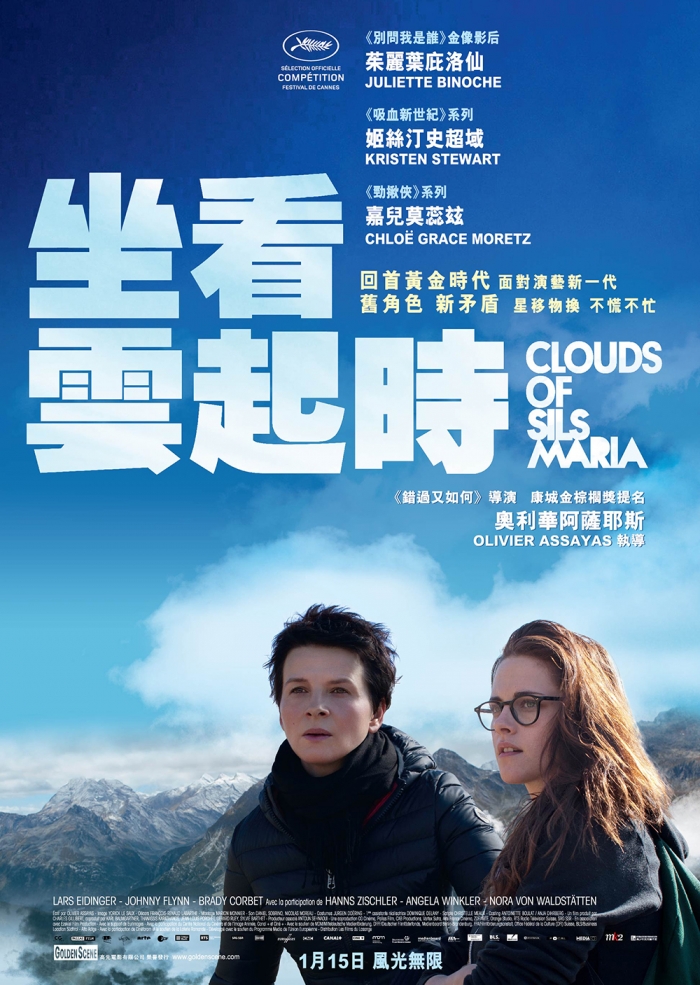 Synopsis: At the peak of her international career, Maria Enders is asked to perform in a revival of the play that made her famous twenty years ago. But back then she played the role of Sigrid, an alluring young girl who disarms and eventually drives her boss Helena to suicide. Now she is being asked to step into the other role, that of the older Helena.