On 30th March 2017, St. Margaret’s Co-educational English Secondary and Primary School in Hong Kong (SMCESPS) and l’Externat Saint Joseph-La Cordeille in Ollioules in France celebrated the establishment of the friendly relationship between the two schools. The ceremony took place in the presence of our Consul General Mr Eric Berti, Chairman of the Board of Directors of SMCESPS Mr. Eddie Lei, Supervisor of SMCESPS Ms. Julia Chan, Principal of SMCESPS and also Mr Christian Ramage, who is the former Consul General of France in Hong Kong at the moment when the exchange programme agreement came into effect in 2007. 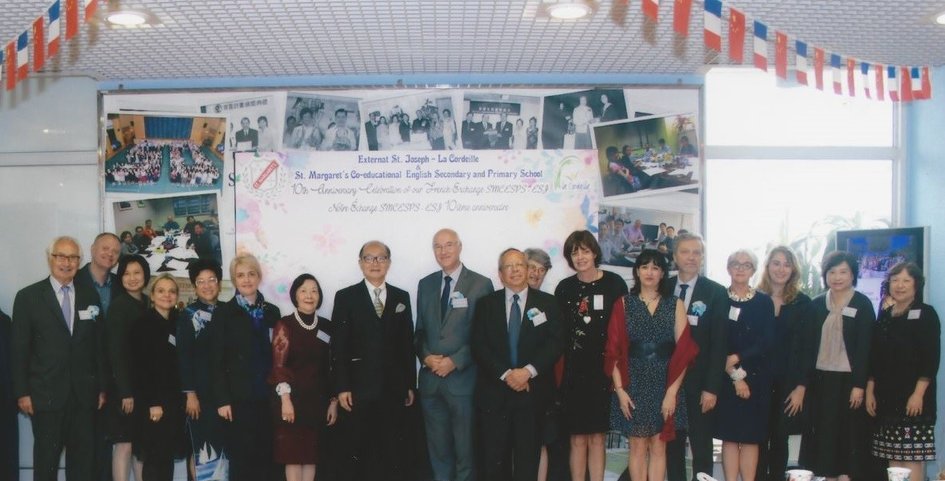 Since the agreement came into effect in 2007, more than a hundred students from Hong Kong and from Ollioules participated in exchange programmes between these two schools. Such exchange programmes, short-term or long-term basis, are carried out on an annual basis in both schools, so as to foster a more global-minded citizens of the future by cultural immersion.

St. Margaret’s Co-educational English Secondary and Primary School expressed their gratitude toward our Consulate General of France for our support in this action, which has undeniably led to significant growth of Francophone culture among the young generations in Hong Kong.