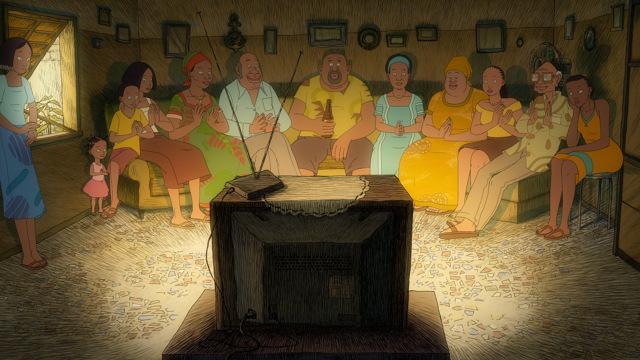 As part of the French Animation Film Festival which is held from February 4, 2015 to January 20, 2016, the Comix Home Base presents on Wednesday April 1 at 7pm, Aya of Yop City by Clément Oubrerie & Marguerite Abouet. 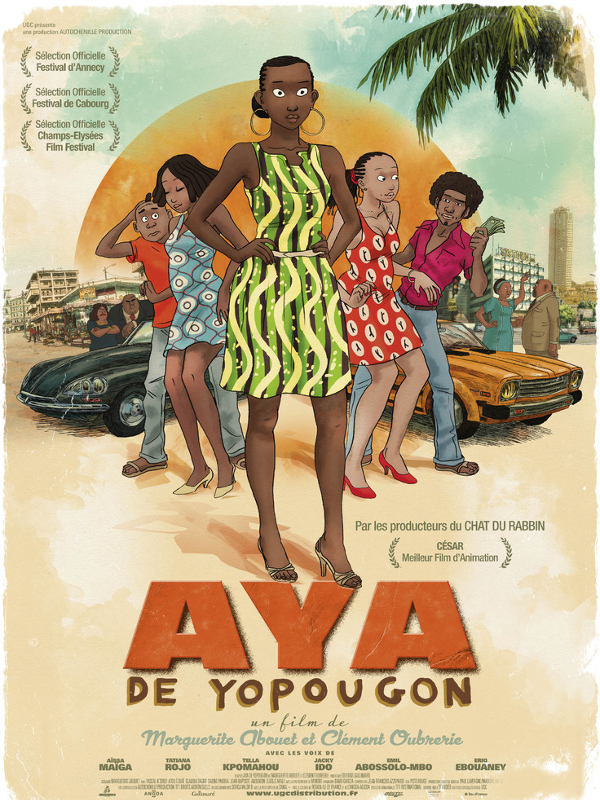 Synopsis: The Ivory Coast, at the end of the 1970s, in Youpougon, a working class neighborhood in Abidjan, renamed Yop City, to be "like in an American film." 19-year-old Aya lives here. This serious young woman prefers to stay home studying instead of going out with her girlfriends. Aya divides her time between school, her family, and her two best friends, Adjoua and Bintou, who only think of hotfooting it to the bush as soon as night falls. Aya classifies these girls, who always find a way to chase after guys, despite their fathers keeping a close watch over them, as the Series H type: Hairdos, Hot fashions, Husband-hunting. Things go awry when Adjoua becomes pregnant. Should she tell her family or see a "woman who removes pregnancies"? When Moussa, Sissoko’s son, learns that he’s the future father, he is stunned. How can he announce this terrible news to his father, the great Bonaventure Sissoko, one of the country’s richest and most formidable men?